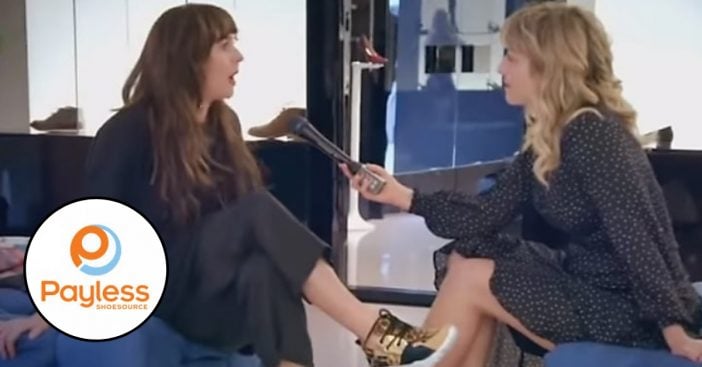 You are probably familiar with Payless Shoes. They are a discount shoe store and many of their shoes are under $50 so they are affordable for the masses. Payless recently closed a Chapter 11 bankruptcy and are switching over to being mostly online after being forced to close 670 stores around the country.

Payless decided to try a social experiment to see if people would pay a bunch of money for shoes that actually cost $20 just because of a brand name. They had to make it look legit so Payless opened a new “luxury boutique” called Palessi. How hilarious is that name? “Palessi” then hosted an opening party. They invited a bunch of fashion “influencers” to see what would happen.

The store was designed to look similar to other fancy name brands like Armani or Gucci. Check out the lighting, the statues, and the employees. Doesn’t it look high end? Guess what? They sold over $3,000 worth of shoes in a few hours! People were fooled. They asked the party guests to describe these “new” shoes. People described them as elegant, sophisticated, and said that you could tell they were made with quality materials. Yikes.

After the customers spent around $200 to $600 for shoes worth about $20 to $40, they were quickly told about the prank. They couldn’t believe they actually bought Payless shoes. Don’t worry, Payless didn’t steal their money. The people who spent enormous amounts of money on these shoes were reimbursed and got to keep the shoes.

People on social media loved this experiment. It proves that many of these “influencers” just hop on name brand products and don’t actually know much about fashion. They should have been able to tell that these weren’t fancy, expensive shoes right off the bat because of the material.

What do you think about this experiment done by Payless? Do you find it hilarious that people got fooled? Just look at their faces when they were told these were actually Payless shoes and they were pranked. Does this make you want to shop at Payless again or do you think it was a cruel idea?

If you enjoyed this article, please SHARE with your friends and family to give them a laugh today! They might really love it if they love shopping at Payless! Watch the video below for more on the story.