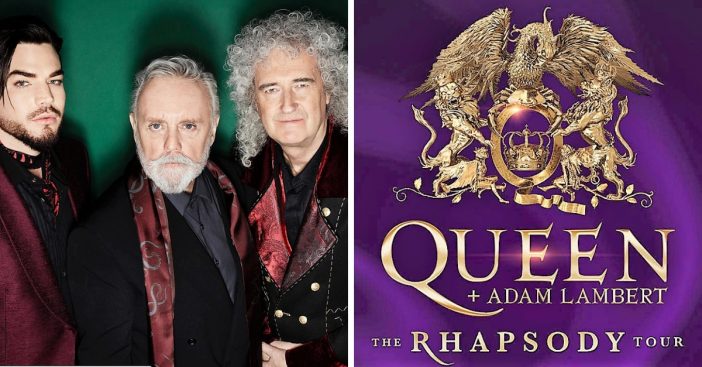 After the huge success of Queen‘s biopic Bohemian Rhapsody, Queen announced a new world tour. Queen’s original members Brian May and Roger Taylor will tour with singer Adam Lambert in the United States this summer. They will head to other countries next year as well.

Adam Lambert has been performing with Queen since 2009. Adam Lambert received fame after competing on American Idol. In fact, the first performance he did with Queen was on American Idol. After that, they decided to ask him to be the new singer for their iconic band, doing their first full-length show together in 2012. They have performed over 200 shows together.

Their new tour is said to amaze fans

Queen’s original members and Lambert have both said they are working on an amazing set for the tour. They admitted that the production factor last tour was pretty ambitious, but they hope to top it this year!

May said, “Our last tour featured our most ambitious production ever, and got out best notices ever. So we decided to rip it apart and get even more ambitious! Watch out, America!”

The tour comes after Bohemian Rhapsody made over $55 million in theaters. The film also won several awards including the Academy Award and Golden Globe for Best Actor for Rami Malek’s portrayal of Freddie Mercury.

The tour will be called Queen + Adam Lambert The Rhapsody Approaches. Check out the tour dates below:

Will you buy tickets to see Queen + Adam Lambert? Do you miss Freddie Mercury? If you got a chance to see Freddie live back in the day, you are very lucky!

If you enjoyed this article, please SHARE with your friends and family who won’t want to miss this tour!

In the meantime, check out a video of Queen and Adam Lambert performing “Somebody to Love” live: