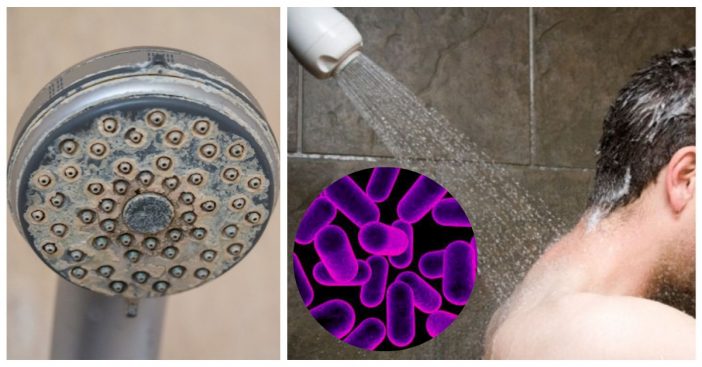 Let’s just get down to it. A recent study was published in the journal mBio that reported the true ickiness of your showerhead. According to IFLScience, your showerhead is the perfect host to a slew of microorganisms which could pose a threat to your health.

This study was conducted by scientists in both Europe and the U.S. who swabbed their showerheads and submitted the samples to researchers for a closer look. What they found was ‘worlds of microbes’ inhabiting the showerheads of over 650 samples that were provided. Yes, the thing we use to clean ourselves each and every day!

It’s important to note that most of these organisms are not harmful. However, based on the samples that were studied, there were some types of nontuberculous mycobacteria found that can cause lung infections. This happens by way of water vapor filling your shower and bathroom, making it easier to ingest these microorganisms.

Researchers did find that areas with the highest concentrations of nontuberculous mycobacteria included Florida, New York, and Southern California.

Mycobacteria live in what is called ‘biofilm’, which is actually the scum and grime that coats the front of your showerhead. The study confirmed that mycobacteria are more likely to grow on metal showerheads than plastic ones.

The study also confirmed that apparently, mycobacteria was incredibly common in U.S. households that use municipal water supplies. This is due to the fact that the water from the showers is chlorinated and mycobacteria are somewhat resistant to this chemical. So, whatever is killed off is just going to be replaced with new bacteria. Yikes.

Now, with all of this being said, it’s important to give as much attention to your showerhead as you do to the rest of your bathroom during cleaning time. Simply take a disinfecting wipe and wipe down all the scum that is found on your showerhead. You’ll be doing yourself (and your lungs) a huge favor!

According to a study posted by NBC News, you should disinfect and wipe down everything in your bathroom at least once a week to prevent harmful bacteria from spreading. This includes your showerheads, so remember to add that to your bathroom cleaning lists!

Were you shocked by this study? We were, too! Be sure to SHARE this article to spread awareness about a proper wipe-down of your showerheads, because they probably need it. Check out the video below of how to best clean your showerhead.

Previous article: Calling All Redheads Today Is Your Day – The Real Reason Behind the Day
Next Post: You Can Keep Your Feet Warm All Winter With These Slippers That Go In The Microwave