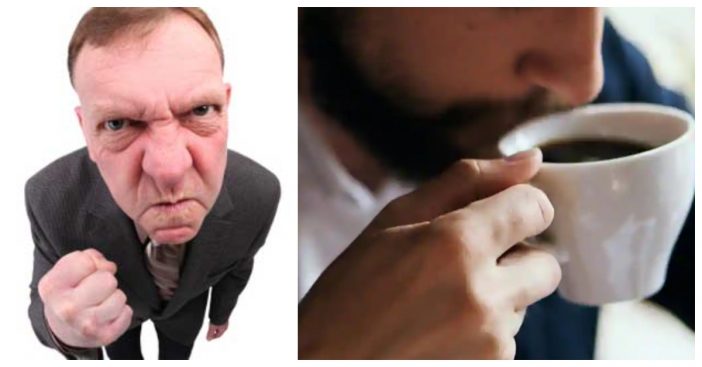 Your morning coffee says a lot about you. Some people prefer just cream, others prefer both cream and sugar, and then there are the stronger individuals, the brave souls, that can drink black coffee like it’s nothing. Well, studies have now shown that if you drink your coffee black, you’re more likely to be a bitter person.

This is due to a study that was published in the journal Appetite, which surveyed over 1,000 adults about their flavor preferences and provided them with four different kinds of personality tests which addressed traits such as narcissism, psychopathy, sadism, and aggression. Researchers confirmed that there is a correlation between sadistic personality traits and black coffee.

The study also suggested that there is a correlation between people who opt for milky and sugary coffee or other sweet flavors and people who tend to have kinder personality traits such as sympathy, cooperation, and compassion.

Researchers have suggested that due to their findings on the correlation between ‘bitter’ people and black coffee, the sadistic tendencies could become chronic and get worse with time. Oh, boy.

If you’re a black coffee drinker and find that you don’t identify with these kinds of personality traits, not to worry! The researchers have made it clear that the term ‘bitter’ is a pretty subjective term and varies from person to person, not based on coffee habits. Additionally, they aren’t entirely sure what causes that apparent correlation between black coffee and bitterness. It just happened that way!

So, whether or not someone drinks black coffee is entirely dependent on our culture and experience with coffee. Many people actually drink black coffee because of its health benefits. With this being said, it’s important to remember that your coffee date is most likely not a sadistic, bitter person and that it’s just their coffee preference. No need to worry!

The study itself concluded that “individual differences in bitter taste preferences are associated with antisocial personality traits” and the researchers have confirmed that any evaluation of personality traits via the preference of food and drink is still in its early stages and nothing can be totally confirmed yet.

It’s definitely interesting to think about the correlation of certain human characteristics with food and drink preference, but don’t worry; if you’re a black coffee drinker, we won’t tell!

Be sure to SHARE this article if you’re a black coffee drinker! Check out the video below on 9 proven health benefits of drinking black coffee.