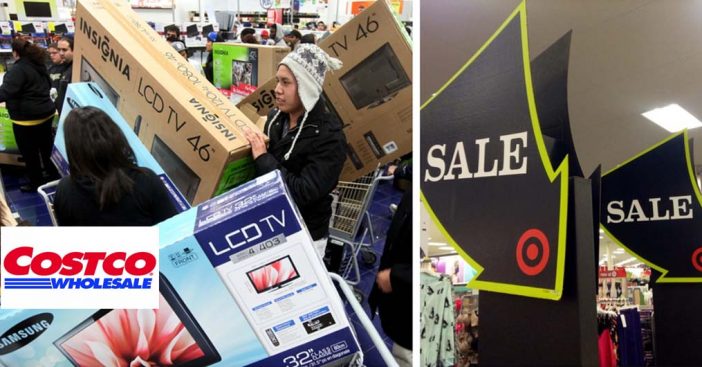 Costco, being one of the largest and most successful retailers in the world, is gearing up for Black Friday now that November has descended upon us. They have released an 8-page advertisement to market the big deals and promotional offers that they’ll be having on Friday, November 23rd.

Among the items that are up for a promotional Black Friday sale include popular electronics (gaming systems, laptops, televisions), furniture, and miscellaneous home appliances like vacuums and pressure cookers. They even have select food items on sale like boneless & skinless chicken breasts and prime beef loin.

Costco is known for having some great deals on their products naturally. In addition to these amazing upcoming Black Friday deals, Costco is selling their famous, ginormous pumpkin pie for only $6 ($8 in some locations). The retailer also sells $5 rotisserie chicken, proving their loyalty to their customers to give them the best prices.

Costco isn’t the only retailer getting ready for the busiest shopping day of the year. Just a day ago, we reported that Target released their Black Friday advertisement that was 52 pages long with some incredible deals. With Costco’s sales rising in August about 12% and reaching $11 billion in revenue, it’s pretty unarguable that Costco will win big in sales this holiday season.

We also reported that Costco’s membership renewal rates range at about 90% in the U.S. and about 88% globally, so we’re pretty sure Costco may have a huge potential at out-performing its competitors this holiday season, especially during Black Friday shopping.

Are you interested in getting a sneak peek at the offers coming up? The full advertisement can be viewed here.

Here are the top 5 hot ticket items you’ll want to look out for, both online and in-store:

Be sure to SHARE this article if you’re excited to shop at Costco this Black Friday! Check out the video below of Costco’s Black Friday deals from last year!

Previous article: 10 Funny Jokes That Sum Up Married Life Perfectly
Next Post: 11 Hilarious Jokes About Shopping At Target That Are Just Too Relatable