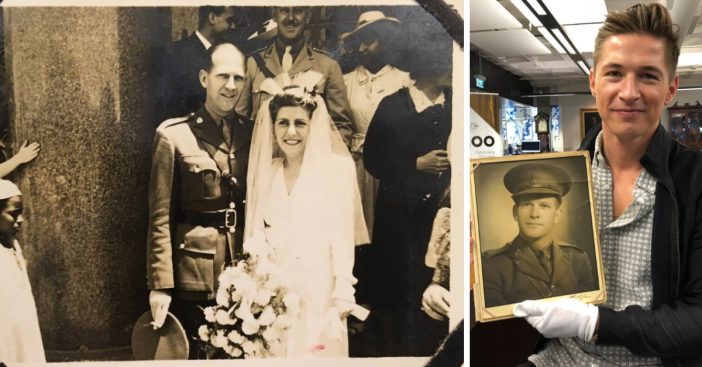 Journalist James Longman came upon the discovery of his own grandfather’s photo album that was apparently found in the National Library of New Zealand. He was covering Harry and Meghan’s visit to the country at the time when he came across this news. It wasn’t long before this that Longman actually shared a personal post about his grandparents and how they met.

According to the post, Harold Claridge was posted to Egypt during World War II, where he met Gabriella Sawaya. She was from a Lebanese family living in Egypt at the time. He spoke English, she spoke none. But they tried their best to communicate, even through letters, when he was called to Alamein. They ended up marrying, having Longman’s mother, and fleeing to the UK after the war settled. The rest is truly history.

I’ve just had possibly the most extraordinary meeting of my life. A year ago, I posted this story about how my grandparents met – a New Zealand officer who married a Lebanese woman in Egypt at the end of WW2 pic.twitter.com/oiLHAB3lHf

Now, here’s where the story gets interesting. Someone commented on that exact post, asking Longman if those were his blood-related grandparents. The man, named Mark Cousins, then went onto tell Longman that his grandfather’s personal photo collection was located at the National Library of New Zealand.

Then, the uncovering of the photos began.

Page Page 1 of 2
Previous article: IHOP Is Releasing A Grinch-Inspired Menu For The Holidays
Next Post: Get Your Hands On Limited-Edition Peppermint Bark Oreos NOW!