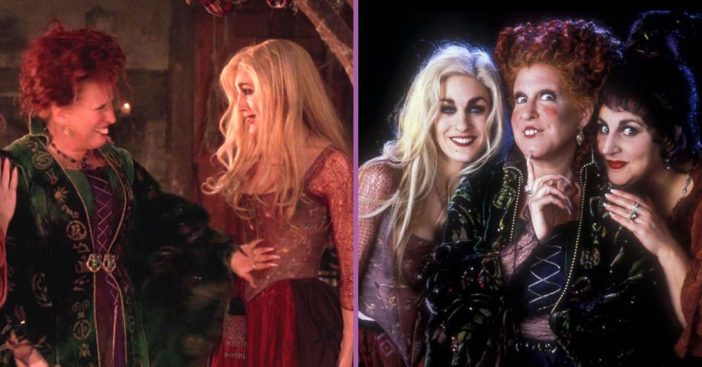 Is Hocus Pocus your favorite Halloween movie? Many people love this classic Halloween movie from the 1990s and new people are discovering it every year. It is mainly a comedy but has some spooky Halloween elements as it follows three crazy witches who come back to life on Halloween.

Here are some things you may not know about this awesome movie. How many of these little-known facts did you actually know?

1. Max Dennison could have been played by another actor

Leonardo DiCaprio was originally offered the role of the lead Max Dennison but turned it down. He starred in What’s Eating Gilbert Grape at that time instead. The actor who plays Max, Omri Katz was sick during the first audition and almost didn’t get the role. He did better at the callbacks though and got the role.

2. Mary Sanderson could have been played by someone else too

Rosie O’Donnell was originally offered this role, but turned it down because she didn’t want to play a “scary witch”. Big mistake, Rosie!

3. The studio made seven statues

Do you remember the stone statue of Winifred Sanderson? The studio made seven of them in order to get it just right!

4. It almost didn’t make it to theaters

Hocus Pocus was originally going to be a Disney Channel original movie, but they decided to release it into theaters instead. It was oddly released in the summer though.

5. This is Bette Midler’s favorite role

During an interview in 2008, Bette Milder said that playing Winifred Sanderson was her favorite character she played yet.

6. There were deleted scenes

If you have the VHS or DVD, you may have seen the two deleted scenes.

Read on to the NEXT page for more fun facts about Hocus Pocus!

Page Page 1 of 2
Previous article: Target Is Hiring For The Holidays – Here’s How You Can Apply
Next Post: You Can Buy This American Girl Doll Advent Calendar For Your Grandkids At Aldi