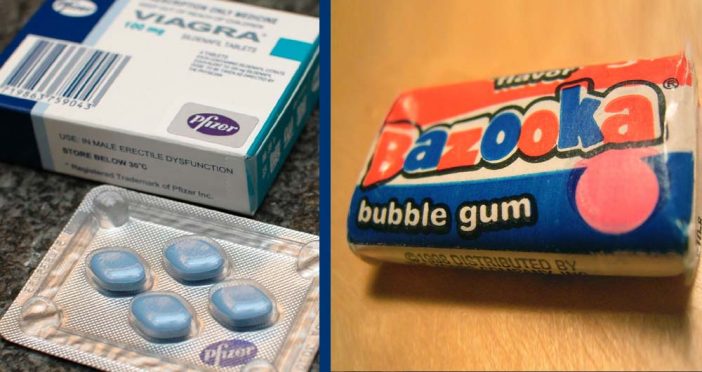 Some amazing inventions have changed our world for the better. Sometimes these amazing inventions are actually discovered by accident. Did you know that penicillin, one of the most important medicines in the world, was discovered by Alexander Fleming on accident? He was experimenting with bacteria and left for vacation. He left the dirty petri dish in his sink and discovered that the bacteria grew, except where mold had formed. This led to the discovery of penicillin.

Here are some other interesting accidental inventions. Some things you use every day were a total accident!

In 1946, Percy Spencer was looking for additional uses for a magnetron, which was a device that generated the microwaves for radar systems.

One day he stood next to the device and a chocolate bar melted. He discovered that it would pop popcorn and tweaked it to the microwave that we now cook food in. Who’d think that later on (today), we would have slippers that warmed in the microwave!?

Viagra was first tested as a pill to fight angina, a condition of the heart.

It didn’t work for angina, but men quickly discovered what it did work for.

Back in 1870, Thomas Adams was experimenting with a type of sap as a substitute for rubber. It wasn’t working and he randomly put it in his mouth.

He realized that it was chewy and he enjoyed it. Now we have so many flavors to choose from. You can get Bazooka today still with their comics and all!

The fun toy for kids started as an attempt to find a cheaper alternative to rubber as well.

James Wright combined silicone oil and boric acid and they realized that it was just fun to play with and could transfer ink.

The alcohol brandy goes back to the 16th century. Shipmasters would use heat to concentrate wine and then would add water to it to reconstitute it when it arrived at its destination. They quickly realized that the concentrated wine was better than watered down and brandy was born! The Dutch called it burnt wine or brandewijn in Dutch.

Which invention on this list do you like the most? Can you believe the way it was invented? This video below has even more accidental inventions!

Click for next Article
Previous article: Are You Replacing Your Sponge Often Enough?
Next Post: You’ve Probably Been Using Your Can Opener Wrong All Along