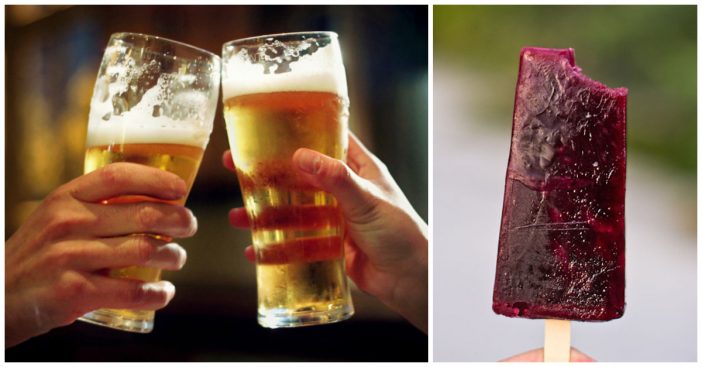 Some foods take a long time to create and perfect. That said, there are actually a lot of foods that are invented by accident.

Certain foods and drinks are made with an idea in mind, but others are complete mistakes. Here’s a list of some of the foods we love that were invented by pure accident.

If you love kicking back with a cold one, you can thank someone back in the day for accidentally inventing beer while making bread. Experts believe that someone was probably making bread outdoors before stopping for rainfall. After forgetting about the wet dough, they came back and found a fermented liquid that would one day become beer.

Dr. John Harvey Kellogg and his brother, Will Keith Kellogg, owned a sanitorium in Battle Creek, Michigan in the 1890s. While trying to discover new foods for their patients who followed a strict vegetarian diet, they accidentally left wheatberry cooking. The kernels flaked and they continued to experiment with other foods. They eventually experimented with corn and they became delicious Corn Flakes.

Dairy Queen owner Omar Knedilk was dealing with a broken soda machine in the late 1950s. He put a few bottles in the freezer and it created a frozen drink. People loved it and he eventually built his own machine to combine and freeze flavor mix, water, and carbon dioxide. These are now the Slurpees we know and love.

Ruth Graves Wakefield was making cookies and ran out of baker’s chocolate. She decided to try using a chocolate bar instead and hoped it would melt to make a chocolate cookie. Instead, she invented the first chocolate chip cookies. Yum!

The ice cream of the future was invented by Curt Jones. He worked in a lab developing flash freezing and applied his knowledge to ice cream making. He used liquid nitrogen to make the tiny dots of ice cream. Fun fact: there are about 2,000 Dippin’ Dots in each cup, depending on size.

Another frozen treat that was invented by accident was the popsicle. Frank Epperson was 11 years old when he was playing with a mixture of water and powdered soda mix. He left it outside in the cold and it froze with a wooden stick lodged inside. He started selling them around the neighborhood and then at amusement parks. He eventually patented the product as an adult, calling them “Epsicles” at first. His kids couldn’t get used to the name and called them “Pop’sicles”. Ultimately, he couldn’t afford the business, sold it and never made millions off his invention.

What food surprised you on this list? Which one is your favorite? If you liked this article, make sure to share it with a friend!