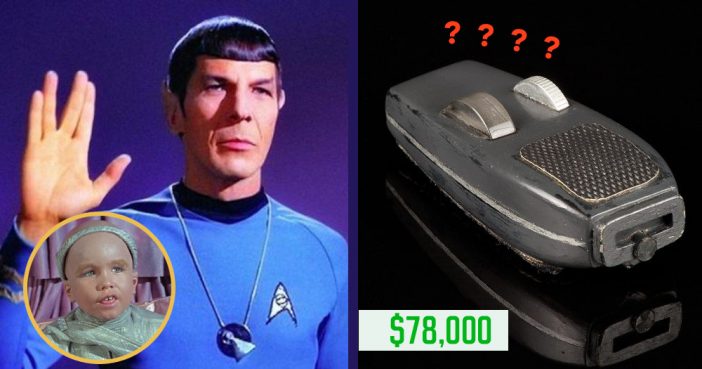 “Set Phasers to Stun!” Being a baby-boomer, I remember rushing home from school in the late ’60s, to watch Star Trek reruns on the “boob tube” with my friends and siblings. Even though I’ve seen each show at least 20 times, I still enjoy watching those reruns today.

Recently, I was thrilled to find a VHS collection from the original Star Trek series at a garage sale…Treasure!

Not to say I’m a dedicated “Trekkie,” I’ve still waited in a long line to get James Doohan’s autograph, and I made it a point to visit Star Trek: The Experience, which was a themed attraction held at the Las Vegas Hilton in Nevada back in 1999.

What do I mean by a “Trekkie?” A Trekkie is the ultimate devoted Star Trek fan. They attend most StarTrek conventions or events, and literally, memorize everything there is to know about the StarTrek TV episodes and movies. Some even dress in costumes related to the Starship Enterprise’s main characters-Captain James T. Kirk, Spock, Doctor McCoy, Scotty; and a Yeoman, who is the captain’s personal female assistant. Additionally, they dress up in various Star Trek, United Federation of Planets sovereignties, such as the Klingon, Borg, Vulcan, Romulan, or Andorian Empires. Furthermore, Trekkies are avid collectors of anything Trek-related. Some fans will spend thousands of dollars to own a personal item or prop used during the filming of a particular Star Trek episode.

Star Trek: “To Boldly Go Where No Man Has Gone Before…”

Who remembers “Khaaaaaan?” I believe Ricardo Montalbán (1920-2009), the actor who played Khan in the original 1967 Star Trek episode called “Space Seed”, and later returned in Star Trek II: The Wrath of Khan in 1982, was my favorite Star Trek villain.

Here is a list of ten of the most expensive “out of this world” original series, auctioned memorabilia lots ever sold.

1. The most expensive Captain Kirk item sold at auction was Kirk’s Starfleet tunic and pants from the original Star Trek series. The highest bid was $72,000 in the summer of 2016.

Moving on to the next original Star Trek must-have treasure…

4. How about the Star Trek fan who purchased this command module section from the original U.S.S. Enterprise for a whopping $92,000 at an auction in 2003. As James T. Kirk would say: “Warp Factor One Mr. Sulu.”

Did you know it was the actor, Leonard Nimoy (1931-2015), who created the Vulcan pinch and salute hand gesture? He stated it was somewhat based on the Orthodox Jewish blessings he remembered from his childhood.

Click ‘NEXT’ to see final 5 Auctioned items including THE COMMAND CHAIR!!!

Page Page 1 of 2
Previous article: It Was Just A Run-Down Old Motel — Until They Transformed It Into Apartments For Homeless Vets
Next Post: John Goodman Reveals Behind-The-Scenes Secrets From The Set Of ‘Roseanne’