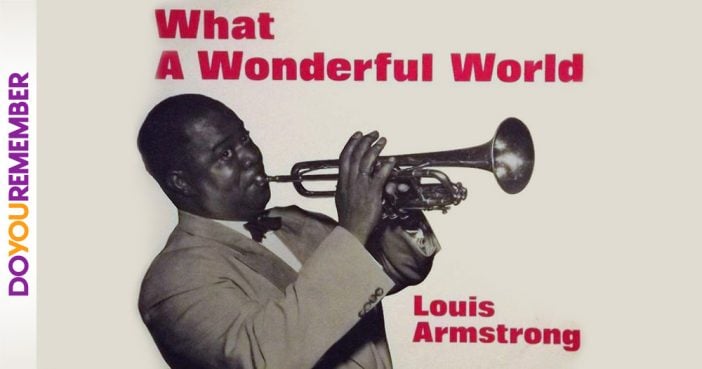 Louis Armstrong had nineteen “Top Ten” records including “Stardust”, “What a Wonderful World”, “When The Saints Go Marching In”, “Dream a Little Dream of Me”, “Ain’t Misbehavin'”, “You Rascal You”, and “Stompin’ at the Savoy”. “We Have All the Time in the World” was featured on the soundtrack of the James Bond film On Her Majesty’s Secret Service, and enjoyed renewed popularity in the UK in 1994 when it featured on a Guinness advert. It reached number 3 in the charts on being re-released.

In 1964, Armstrong knocked The Beatles off the top of the Billboard Hot 100 chart with “Hello, Dolly!”, which gave the 63-year-old performer a U.S. record as the oldest artist to have a number one song. His 1964 song “Bout Time” was later featured in the film Bewitched.

In 1968, Armstrong scored one last popular hit in the United Kingdom with “What a Wonderful World”, which topped the British charts for a month; however, the single did not chart at all in America.

The song gained greater currency in the popular consciousness when it was used in the 1987 movie Good Morning, Vietnam, its subsequent re-release topping many charts around the world. Armstrong even appeared on the October 28, 1970, Johnny Cash Show, where he sang Nat King Cole’s hit “Rambling Rose” and joined Cash to re-create his performance backing Jimmie Rodgers on “Blue Yodel No. 9”.

“What A Wonderful World”

Click for next Article
Previous article: Who’s the Owner of this Groovy Green Dress?
Next Post: DYR Today, July 29