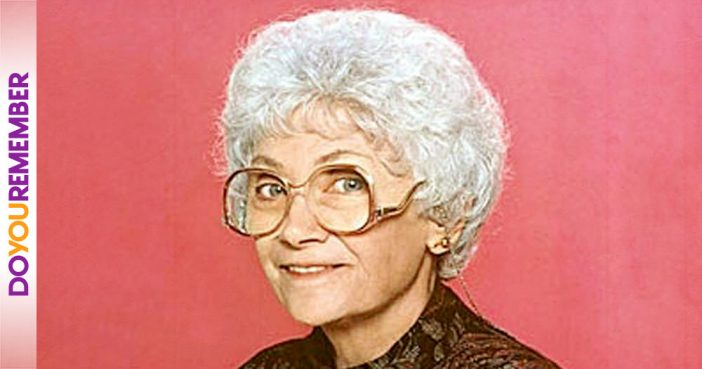 Sophia’s everything that you could want in a nonna and more. She’s sassy, loud-mouthed, and quick-witted. Just try to sass her out, and she will dish it right back. Sophia Petrillo is one of the leading ladies on the classic tv show, Golden Girls. Born in Palermo, Sicily, Sophia has grown up with a fiery attitude. She is easily recognizable, as she is always seen sporting her large-rimmed glasses and bamboo purse. Eccentric and independent, Sophia always stands out in the crowd. My family on my father’s side comes from Sicily, and so I laugh at the similarities between them. They fill the air with their sarcastic comments, booming voices, and contagious laughter.

Sophia joined the three women after her nursing home burned down in a fire. She annulled her first marriage, and her second husband passed away, so she lived alone at the home. However, after moving in with her daughter, Dorothy, she found a real family. Blanche, Rose and Dorothy took her in, and together, they created a world of chaos and sarcasm. She may be sarcastic and quick to poke fun at others, but she is loving and endearing deep down. She is always willing to give Dorothy, Rose, and Blanche, advice on their lives. She tells them stories, and always begins them with the line, “picture this”. She tells these elaborate tales about how she met these famous figures, and they always seem a little crazy. Her stories may not always make sense, but they always carry a purpose in the end.

Sophia may be old now, but she has done a lot of crazy things in her life. There were many hints dropped that she had connections to the mafia. Can you imagine this feisty female doing the work of the Sicilian mob? Who knows what other crazy things Sophia has done in her lifetime.

Do you remember all of the crazy moments with Sophia? Well, here is a compilation of her most sarcastic, hilarious, and witty moments from her time on the Golden Girls. Take a walk down memory lane and remember why Sophia is the greatest nonna of all.

Previous article: DYR Today, July 25
Next Post: Guess The Coveted Object This Was A Part Of