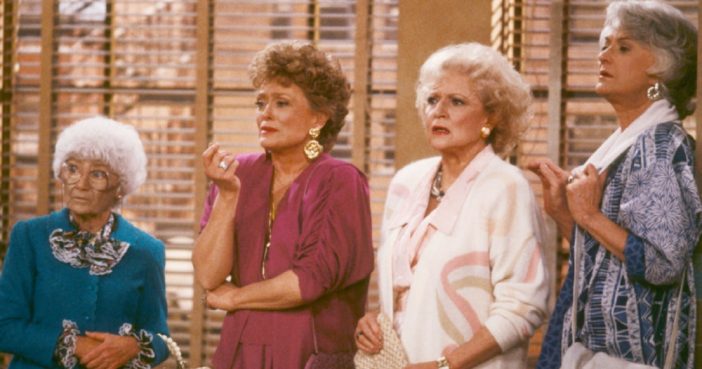 In one scene where Rose is supposed to be speaking Norwegian, White actually just says a bunch of gibberish with an accent. People were none-the-wiser.

Arthur almost turned down the role in The Golden Girls because she thought the roles she, McClanahan, and White were going to play were too similar to their roles on Maude and The Mary Tyler Moore Show, respectively. When White and McClanahan decided to switch roles, Arthur came on board.

Betty White’s love of the game show Password infected Rue McClanahan and the two would sometimes spend an entire day between takes playing a game.

25. Betty White Is The Oldest Of Them All

She was the youngest of the four women, but Betty White was actually the oldest actress.

26. One Table And Three Chairs?

Though there are obviously four main women, the kitchen table only featured three chairs. The producers didn’t ever want one character to have her back to the camera.

With all four leading ladies snagging Emmy gold at one point or another, it puts The Golden Girls in a class (almost) all their own. The only other shows to win Emmys for all its main characters are All in the Family and Will & Grace.

28. Inspiration From The Show Came From Real Life

The inspiration for the show came from NBC producer Brandon Tartikoff one day visiting his aunt when her next door neighbor came over for a visit. The women bickered constantly, but it was obvious they shared a special connection and love. The Golden Girls was soon born.