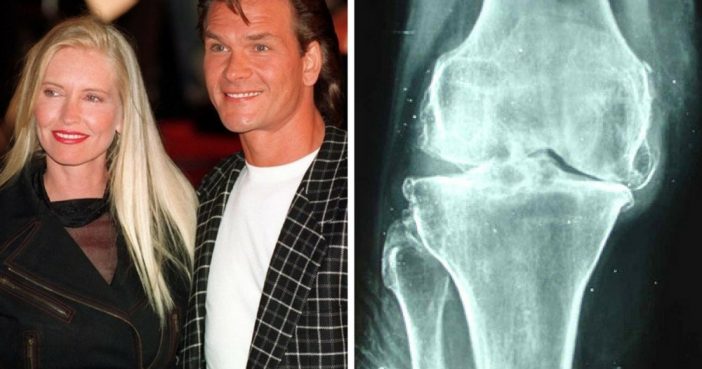 Patrick Swayze was more than a triple threat. He could do it all: sing, dance, act, do gymnastics, fly planes, keep a steady marriage until the day he died, and be an international sex symbol.

Patrick was born in Houston on August 18, 1952. His mother, Patsy Yvonne Helen, was a choreographer, dancer, and dance instructor who built her own dance school from the ground up. Turned out that mother’s passions would ultimately shape Patrick’s life, as they shared the same love and dedication to dance. His father, Wayne Swayze, also helped him become the man he grew into, instilling moral codes at an early age.

Patrick is most well known for his movies Dirty Dancing and Ghost, but those are just two of the many projects he embarked upon. He also dabbled in TV appearances, action films, and even music.

RELATED: What Patrick Swayze Was Really Like To Work With

The actor, singer, and dancer were diagnosed with pancreatic cancer in 2007. Two years later, at age 57, he passed away with his family by his side. It was sad for many, but his legacy will always be remembered in our favorite films.

1. He had always wanted to be in the Olympics.

When he was young he was training with Olympic-level coaches so he could join the U.S. gymnastics team, but it didn’t end up working out. His training definitely paid off, though, as such abilities were needed for Dirty Dancing!

He was very athletic, and before he focused on gymnastics and dance, he considered playing football. He actually ended up injuring his knee so his football dreams were dashed. Luckily he was able to rehabilitate his knee. Swayze was actually super well-versed in various sports, as he had grown up struggling with his temper and actually spent time doing martial arts to manage it.

Swayze studied dance from a young age, beginning at his own mother’s dance school in Texas, then continuing on through the Harkness Ballet and Joffrey Ballet schools in New York City. He then went on to perform with the Eliot Feld Ballet.

Apparently, he was “too old” for the role at 34, and also Jennifer Grey wasn’t his biggest fan after working together on Red Dawn. Luckily it all worked out, and their chemistry was undeniable.

5. He was in a beer commercial inspired by ‘Saturday Night Fever.’

It was for a Pabst Blue Ribbon and he dances to some fantastic disco songs while wearing a long white scarf and wonderfully fluffy hair. Explains why these two movies are usually most people’s favorite dance-based films out there.

6. He used to work at Disneyland and often played Prince Charming.

He even once danced with actress Michelle Pfeiffer when she was playing Cinderella! We’d give anything to see him in a Prince Charming getup, for sure!

After Ghost came out, a lot of rappers and hip-hop artists would reference “Swayze” to mean leaving or gone. Even The Notorious B.I.G. used the name! He’s just that legendary.

8. He married his high school sweetheart.

Lisa Niemi and Patrick Swayze were happily married right up until his passing. Today, she’s 65 years old and has since married jeweler Albert DePrisco in May 2014.

9. He was bullied in high school so his dad helped him out.

Swayze’s father knew that there was a bullying issue, and after five kids jumped his son he stepped in. He asked that the coach allow the boys to fight fairly, one at a time, instead of all at once. Swayze beat all the kids one by one.

On the set of Red Dawn, Swayze would hide M60 explosives in the toilet of the director, John Millius, and activate them while he was using the restroom. Yikes!

Click for next Article
Previous article: Francis Ford Coppola Receives Walk Of Fame Star For Film He Thought Would Fail
Next Post: Al Lewis, Grandpa From ‘The Munsters,’ Ran For Office As Part Of The Green Party Before His Death At 82