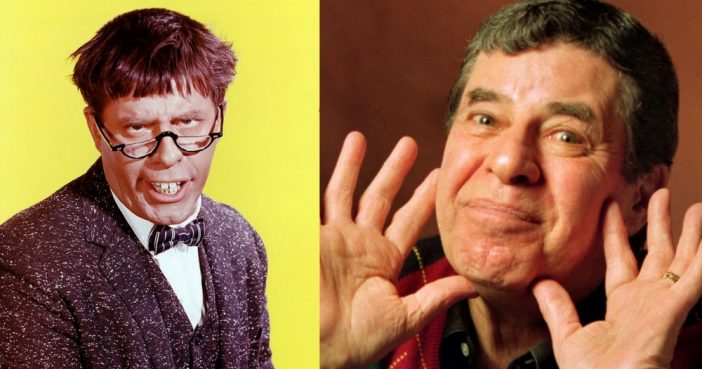 After news broke that actor, comedian, and philanthropist Jerry Lewis died at the age of 91, Hollywood actors and comedians took to Twitter to mourn the loss of the comedic legend.

Here’s what they had to say…

Jerry Lewis loomed large in my family. Many movies with my mom & he made home movies with Janet and Tony. He made me and many laugh. #rip pic.twitter.com/4LbEbc9FCT

It was incredible knowing & laughing with the Amazing Jerry Lewis! He'll keep'em laffin in the ever after!

That fool was no dummy. Jerry Lewis was an undeniable genius an unfathomable blessing, comedy's absolute! I am because he was! ;^D pic.twitter.com/3Zdq9xhXlE

I mourn the passing of my friend Jerry Lewis. He was the Friars Club's Abbott and I its Dean. He could always make me laugh. pic.twitter.com/aZ1ZmMM2Y5

Jerry Lewis, a complicated soul who made the whole world laugh has died.

Jerry Lewis was an angel to me. Loved him & will never forget what he did for me during one of the worst times in my life. RIP, Love Roe pic.twitter.com/0OoQV4yaae

Page Page 1 of 12
Previous article: Jay Thomas: Comic Actor on ‘Cheers’ & ‘Murphy Brown,’ Dead at 69 after Battle With Cancer
Next Post: 20 Facts About ‘The Beverly Hillbillies’ You Probably Didn’t Know