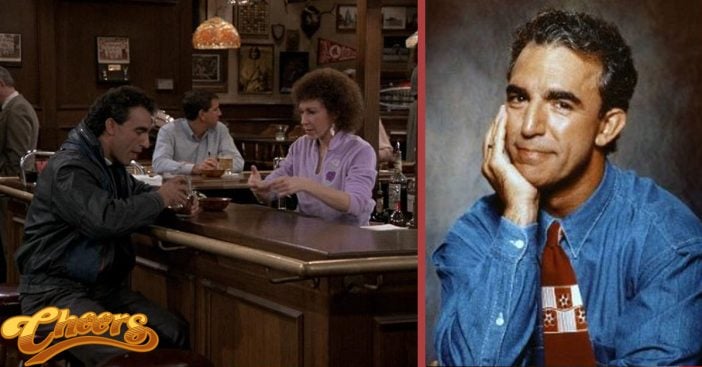 Jay Thomas, the comic actor who starred on the sitcoms Murphy Brown and Cheers, has died. He was 69.

In a statement to the NY Daily News, Thomas’ rep, Don Buchwald, said, “Jay was one of a kind, never at a loss for words and filled with so much fun and wonderfully whacky thoughts and behavior,”

The actor had been battling cancer.

He most recently appeared on Showtime’s Ray Donovan. He often played sleazy types.

Thomas also starred in his own sitcom, starring as an egotistical sportswriter opposite Susan Dey and then Annie Potts on Love and War, a 1992-95 series created by Murphy Brown’s Diane English.

For years, Thomas appeared with David Letterman on his late-night talk show during Christmas season and told a great, never-gets-old story centered on Clayton Moore, star of TV’s The Lone Ranger. He & Letterman also took turns throwing a football, trying to knock a pizza off the top of a Christmas tree.

A native of Kermit, Texas, Thomas first gained fame as a deejay on radio stations in New York and Los Angeles.

Here is a classic Picture with Jay Thomas & Robin Williams. Click To See His Letterman Interviews
Page Page 1 of 2