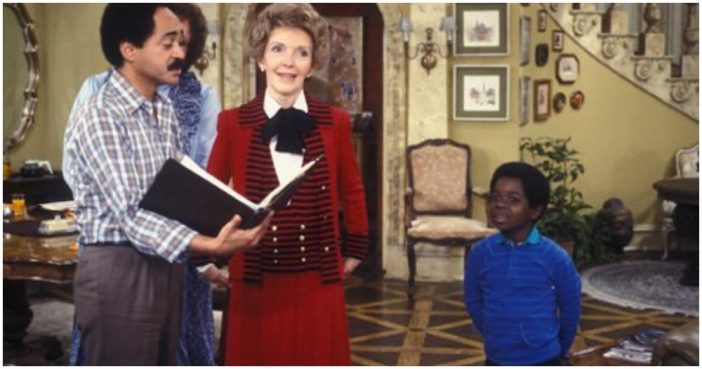 Back in the day, it seemed every TV show had to get serious for a “very special episode.” Here are some of the best. And by “best” we mean “worst.”

1. Baywatch – Bash at the Beach

Baywatch, while an hour-long show, frequently consisted of two half-hour plot lines smashed together. So, in “Bash at the Beach,” viewers were treated to the oddity of an episode that was half cautionary tale about the dangers of skin cancer, half Hulk Hogan wrestling a foe in order to save the youth center. Awkward TV Hall of Fame, you have your first inductee.

Walker Texas Ranger wasn’t afraid to tackle the big issues, which is why when a local school is roiled by drug use, Walker fixes the issue with… karate. Not drug education programs, not guidance counselors, not parent-teacher conferences. Just karate. The very next day, America began sending shipments of brown belts and padded mats to third-world countries.

3. Whos the Boss – Samantha’s Growing Up

Every girl remembers that traumatic moment in her life when her chest grows so large that she can no longer catch a football. No, seriously, that’s the inciting incident in this awkwardly hilarious episode of Who’s the Boss? Eventually, they buy Sam her first bra, and she’s free to toss a football once again. Crisis averted… I guess?

4. Saved by the Bell – No Hope with Dope

This season 3 episode of Saved by the Bell might not have been so cringe-inducingly bad… but then Brandon Tartikoff waltzed in. The NBC executive leads the gang in an anti-drug commercial where they exclaim, “There’s no hope with dope!” Mark-Paul Gosselaar, who later went on to smoke a 4-foot-tall bong in Dead Man on Campus, couldn’t be reached for comment.