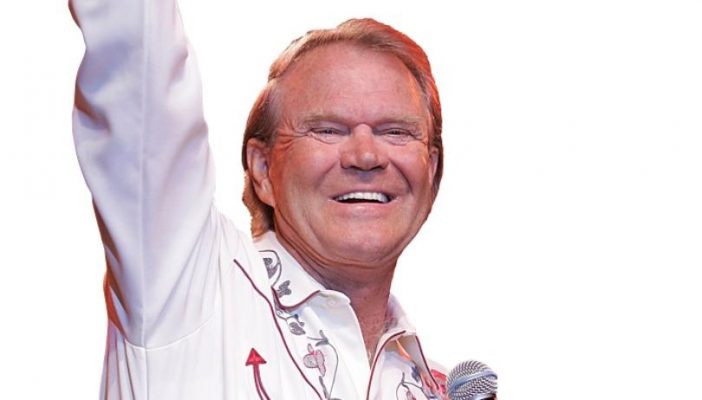 Country legend Glen Campbell, whose crossover hits “Gentle on My Mind,” “By the Time I Get to Phoenix” and “Rhinestone Cowboy” forged a lasting bridge between country and pop music, died Tuesday. He was 81.

In 2011, Campbell announced he had been diagnosed with Alzheimer’s disease and mounted a well-publicized farewell tour. His official Twitter posted the news.

It is with the heaviest of hearts that we announce the passing of Glen Travis Campbell, at the age of 81 https://t.co/zSv4RqjK4H

Campbell was hardly the first country artist to break out of the rural regional radio ghetto — the Nashville Sound of Patsy Cline and Jim Reeves had produced several wide-appeal hits in the early ’60s — but his influence in expanding country music’s parameters and fanbase was substantial. His signature hits often combined orchestral arrangements and traditional pop hooks with countrified lyrical themes and vocal stylings, catalyzing both the “countrypolitan” and soft rock subgenres that would proliferate in the 1970s. (John Denver and Kenny Rogers both owe much of their careers to Campbell’s example.)

He sold more than 45 million records in his career and topped the country singles chart 12 times.

Crossover came naturally to the tall, solidly built Campbell, who enjoyed a pre-stardom career as a prolific session musician for rock, pop and country acts alike. He possessed a calmly authoritative tenor and impeccable guitar chops, but his genial, easygoing charm as a performer was thrown into sharp relief by his hotheaded offstage character, with his reputation marred by substance abuse and allegations of domestic violence. Later becoming a born-again Christian, Campbell continued to maintain a steady audience well into his seventh decade, opening his own theater in Branson, Mo.

Born into a sharecropping family in a tiny town in southwestern Arkansas, Campbell was the seventh of 12 children. Picking up a guitar at an early age, he left home at age 14 to pursue music, eventually landing in Los Angeles, where he fathered his first child at age 17. Out west, Campbell soon found himself an in-demand session musician with the now-storied studio conglomerate dubbed the Wrecking Crew, recording guitar parts for such varied acts as Nat “King” Cole, Frank Sinatra, the Monkees, Merle Haggard and Elvis Presley.

Page Page 1 of 3
Previous article: 11 of the Most Awkward “Very Special Episodes” in TV History
Next Post: Bonanza: The Story Behind The Cartwrights