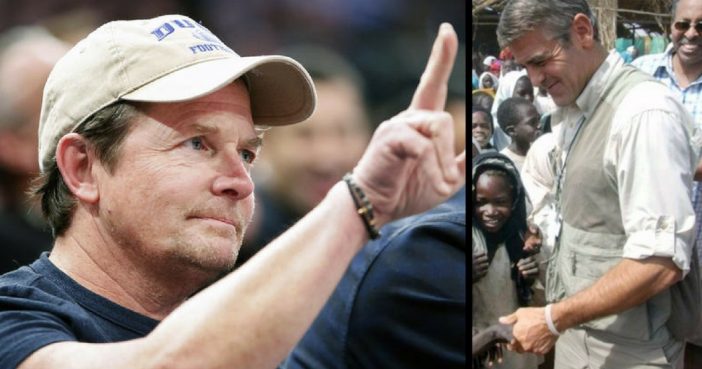 Hollywood’s biggest names know that it’s good to give back. Check out some of the recent non-profit and charity projects they’ve participated in!

In 2014: The British piano man and philanthropist, who founded the Elton John AIDS Foundation, designed a special Build-a-Bear in October to benefit Operation Bobbi Bear, which helps with the health and well-being of sexually abused and victimized children in the province of Kwa-Zulu Natal in South Africa.

2014: The Oscar-winning actress and co-founder of the Jolie-Pitt Foundation with husband Brad Pitt, is well-known for her charitable works. She teamed up with the United Nations High Commissioner for Refugees (UNHCR), for which she is a special envoy, in a global campaign in November to end the legal issue of statelessness around the world.

In 2014: The Oscar-winning producer, actor and Jolie’s better half is the founder of the organization Make It Right. With Make It Right, which builds houses in the wake of natural disasters, Pitt is planning on building new houses for the Sioux and Assiniboine American Indian tribes of Fort Peck this year. The houses will be sustainable and environmentally friendly.

In 2014: U2 frontman Bono, along with the rest of U2, Kanye West, Coldplay’s Chris Martin and Bruce Springsteen, performed a surprise concert in Times Square earlier this month to benefit (RED), which Bono co-founded and which helps fight AIDS around the world.

For more stars who do good deeds, click “Next.”