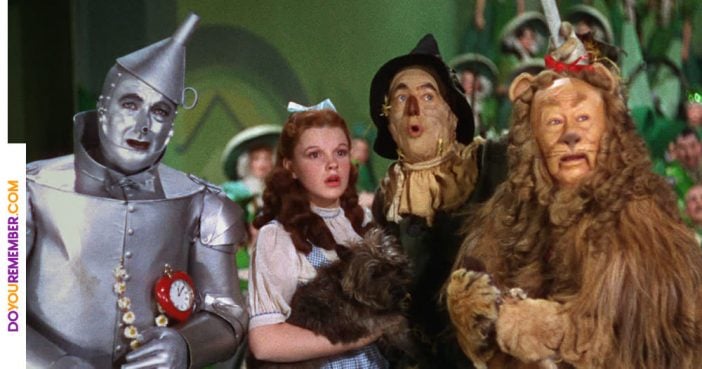 October is all about celebrating scary things. If you’re a movie fan, chances are good you’ll pull out one of your favorite vampire, zombie or slasher films over the next few days. After all, when you’re grown up you can enjoy a good scare every now and then. When you’re a kid…not so much. In fact, when I was young some of the most terrifying moments occurred in films that are not generally considered scary. Here are a few examples:

Although Walt Disney was known for producing family fare, he was actually quite skilled at freaking out the kiddies, filling his animated movies with witches, dragons and demons. Disney’s most nightmarish moment, though, comes in Pinocchio, when the wooden puppet’s pal Lampwick begins to transform into a donkey. At first the scene seems to be played for laughs, but when we hear the boy screaming for his mother as he sprouts a tail and lands on all fours it’s almost too much for a kid to take.

Many kids were frightened by the Wicked Witch of the West in The Wizard of Oz. For me, the flaming, pulsing green head of the Great Oz was much more terrifying. However, neither of those holds a candle to the horrors many kids experienced when the 1985 follow-up, Return to Oz, came along. In that film, not only does Dorothy encounter some nasty dudes on skates known as the Wheelers, but she also is sent away for electroshock therapy. Kids and parents alike were shocked (pun intended) when they saw that scene. Whatever happened to just singing “Over the Rainbow”?

Pee-wee Herman may have gone on to star in a Saturday-morning kids’ show, but he wasn’t above making the youngsters jump out of their socks for one sequence in Pee-wee’s Big Adventure. When Pee-wee meets the trucker known as Large Marge, he is treated to a blood-curdling story of a horrible highway accident. Then Large Marge demonstrates what the disfigured driver’s face looked like with the help of a glorious and grotesque clay animation special effect. Everyone in the audience let out a huge scream, followed by uproarious laughter as they realized the ridiculousness of what just caused them to wet their pants.

Personally, the movie moment that most kept me up at night occurred in, of all things, Superman III. That’s the one where Superman battles a supercomputer…and Richard Pryor. Near the end of the film, the bad guy’s sister is pulled into the out-of-control machine and transformed into a robot with a punk hairdo. She has dead metallic eyes and wires running up the sides of her face like veins. When she started lumbering across the screen, I was a complete basket case. Some may say that the most terrifying part of the film is Richard Pryor’s performance, but that lady cyborg haunted me for years.