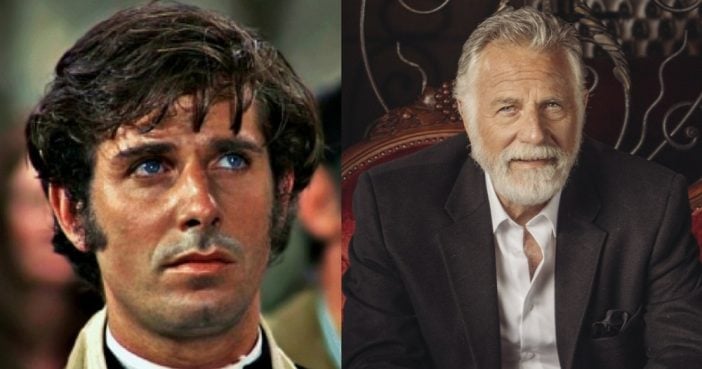 Goldsmith writes that his other lovers included ‘Jack Warner’s much younger girlfriend, one of Groucho Marx’s wives and two congressmen’s wives’.

His one date with Garland, the star of The Wizard of Oz, left him disturbed.

He writes: As a child actress, she would suffer abuse at the hands of studio executives, who passed her around like chattel…she and the other actors were frequently drugged up’.

Goldsmith appeared in more than 500 TV shows including Dallas and Dynasty, countless TV films and commercials but he never cracked Hollywood.

The low point was in 1987 when he played an actor who ends up dead in the short-lived CBS crime drama ‘The Law & Harry McGraw’.

The producers rented a rundown funeral home and opened a coffin they wanted Goldsmith to climb into – only to find a woman’s corpse in there already.

The director told him to ‘just get in the f****** coffin’ so the crew hauled the woman out and Goldsmith clambered in, the stench of death and formaldehyde overwhelming him.

During his journeyman career, Goldsmith became so broke that he spent one night working as a gigolo after a woman he slept with suggested he would be good at it.

Goldsmith writes that he met Beth, the wealthy wife of a mobster casino mogul, at the Beverly Wilshire Hotel where she stuck her leg out of the door frame to entice him in.

Goldsmith describes it as looking like an ‘atrophied chicken drumstick’.

They went out for dinner when Goldsmith noticed the 33 karat diamond ring on her finger.

He admits: ‘After driving a garbage truck and hauling insulation for three dollars and hour, a fortune like that was powerfully seductive’. After dinner, they went for a walk where Beth put her hand inside Goldsmith’s  raincoat pocket.

He began to caress her fingers to try and ease the ring off of her finger but it wouldn’t budge.

He writes: ‘I tried harder and she started massaging my hand, digging deeper into my pocket, and she continued to confuse my efforts for advances of ardor.

‘Then her hand and ring were out of mine as she continued through my pocket and proceeded to grab my balls’.

Goldsmith escaped into a taxi – ending his brief career as a gigolo.

Goldsmith was born in The Bronx in New York in 1938 and was a contemporary of Dustin Hoffman at the Neighborhood Playhouse in Manhattan.

There was tension between the two as they often competed for roles and one day Goldsmith brought things to a head at a restaurant.

Goldsmith writes that he shouted: ‘I know why you don’t like me. Hoffman sat there, dumbfounded. ‘Because I’m going to make it and you’re not,’ I stated defiantly, and stood up and left the restaurant. I didn’t return to that lunch. But over the next 40 years, I would have those words to eat’.

Stay Interesting: I Don’t Always Tell Stories About My Life, but When I Do They’re True and Amazing