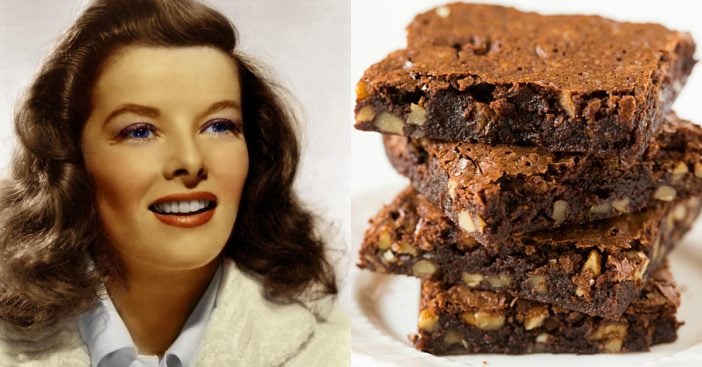 It’s Katharine Hepburn’s birthday this weekend making it time to remember the legendary actress. Aside from a record number of Oscars – four – as well as starring in beloved films such as “Philadelphia Story,” “The African Queen,” “Lion in Winter” and “Woman of the Year,” she’s also known for her yummy brownie recipe. As she drawled in her crisp Connecticut accent, one must use “less flour” and “unsalted butter” and of course keep it simple. Here courtesy of History Kitchen and the New York Times, we at doyouremember.com are sharing Hepburn’s recipe created by “positively the best brownie maker in the world.”

So if one was to “Guess Who’s Coming to Dinner” at Hepburn’s house before she died in 2003, that would have been a challenge. But you know what the self-described chocoholic would have served for dessert. This brownie recipe that foodies around the globe still respect and admire. Some things are just good forever.