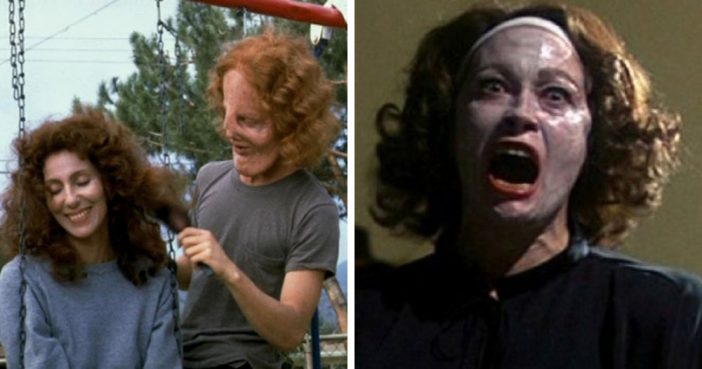 With Mothers Day right this weekend, we wanted to take a trip down memory lane from the 1960’s all the way to the 1990’s, to take look back on some of the staff picks from doyouremember.com ‘s favorite motherly roles in film, throughout the years.

Although she isn’t particularly anyone’s vision of the perfect mother, judging by her desire for drugs, biker gangs, and living life on the wild side. But as the mother of a teenage son (played by Eric Stoltz) with a vicious physical deformity in 1985’s Mask, You definitely don’t want to be on this character bad side in a fight. Throughout the film, Rusty stands up to various authority figures who want her son to be treated like a freak. She faces (by herself) doctors, teachers, and other bullies. She loves and defends her son endlessly, so much to the point in which he doesn’t ever need his own defense mechanisms; he’s free to be himself.

Novelist Ira Levin nailed the feel of the fears, insecurities and doubts of a woman’s first pregnancy in the source novel for this disturbing horror film by Roman Polanski, and Mia Farrow is genius as the increasingly terrified young soon-to-be-mother. Her maternal instinct takes control, even when she learns who the real father is…

She’s a gentle and certainly wouldn’t hurt a fly, but Wendy Torrance still gets the better (or worse) of her insane husband (Jack Nicholson), swinging at him with a baseball bat, stabbing him in the hand at one point, and finally leaving him to freeze to the point of hypothermia. Talk about rising to the occasion in order to protect her son!

The majestic doe of the forest teaches her young son everything he needs to know about the rules of the forest, and she even dies saving him from a hunter’s gunshot when her son is just a baby. Watching the death of Bambi’s mother is a traumatizing experience for all children all over the world, ever since the the animated film was first debuted in 1942. This is the first inkling of what it might feel like to lose one’s own mother for many children. In the second Bambi film, she appears to her son in a reverie, telling him that “everything will be alright,” something we all need to hear from mom every once in a while.