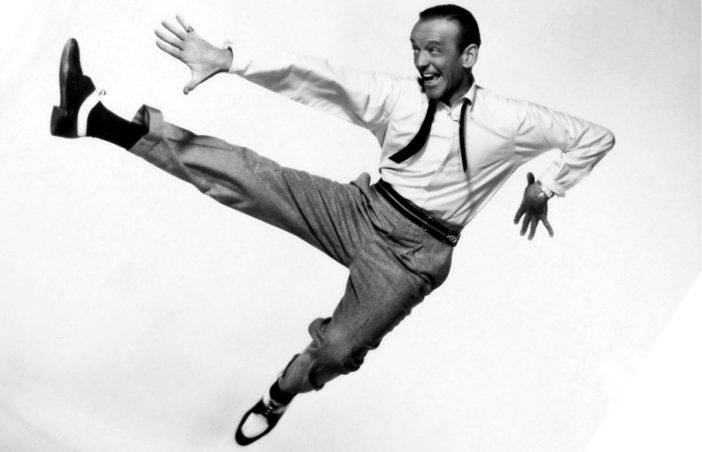 Fred Astaire  (originally born as Frederick Austerlitz) was born on May 10, 1899, and he passed away on June 22, 1987. He was a well known jack of all trades prodigy in the entertainment industry. Astaire was American dancer, a singer, an actor, a choreographer and a television presenter! Talk about multi-tasking, right?! Fred Astaire’s stage and consecutive motion picture careers stretched out to a total of 76 successful years.

During this time he would make 31 musical films, multiple television specials and recorded various No. 1 billboard chart toppers. He is best remembered for his sense of rhythm and his perfectionism, regarding his dancing career. He is also known as the dancing partner and on-screen romantic interest of Ginger Rogers, with whom he co-starred in a series of ten spectacular Hollywood musicals. Astaire was ranked by the American Film Institute as “the fifth greatest male star of Classic Hollywood cinema.” Many dancers and choreographers, including Gene Kelly acknowledge Fred Astaire as one of the only dancers that will be remembered forever.

His legs were insured for one million dollars.

He was the founder of Ava Records, which was named for his daughter, Ava Astaire-McKenzie.

Do you know any other fun facts about Fred Astaire? Tell us the comments below!

– Mr. Bojangles, The Story Behind The Song That Hits Our Hearts

– TV’s Hottest Dance Shows Of The Past

– Most Incredible (OR Incredibly Awful) Dances Inspired By Songs

Click for next Article
Previous article: Cabbage Patch Kids: The Facts About Them Are Too Strange to Make Up
Next Post: Tribute to Joan Rivers