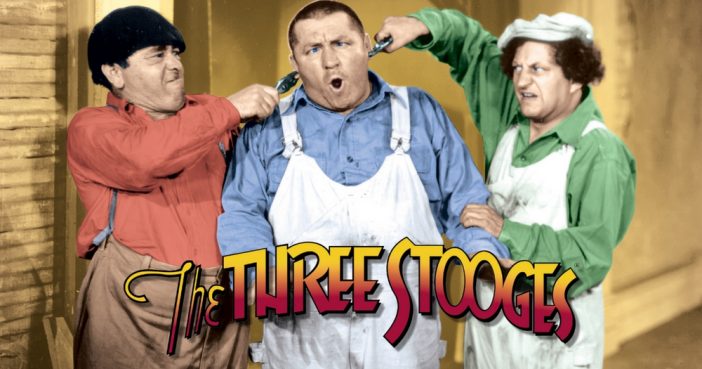 Moe Howard, the “Boss Stooge” and brother of Stooges Curly Howard and Shemp Howard, began his acting career in 1909 by playing bit roles in silent Vitagraph films. At 17 he joined a troupe working on a showboat and also appeared in several two-reel comedy shorts. In 1922 he, brother Shemp and Larry Fine joined roughhouse vaudeville comic Ted Healy, forming the act that would become The Three Stooges. Howard toured vaudeville and appeared in films with Healy for ten years before the Stooges left to pursue a separate career. Moe appeared in more than 250 films during his 66-year career, including 190 Three Stooges shorts. Over the act’s 50-year history, the Stooges went through several personnel changes; when Moe died, the act ended.

Here are some of our favorite “MOE-ments”, along with some fun facts you never knew about the famous joker.

Everyone remembers Moe as the grumpy stooge of the famous three, however in real life he was a humble, caring, soft-spoken family man who made sure his family came first. Although he passed on this day back in 1975, we will always remember him for al of the laughs he gave us when we sat in our living rooms, watching his goofy stunts with his co-stars on television. And honestly, we still enjoy laughing with him to this day.
What’s your favorite Moement? Tell us in the comments below!
Related Links: