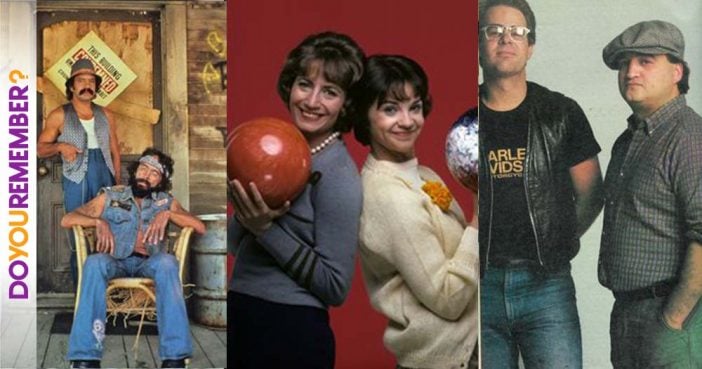 “The comedy team is a sacred show-business relationship. From the beginning of time, when Eve asked Adam if he wanted a bite to eat, having two or more characters deliver the jokes has always meant more laughs for your money.

Whether the team was a husband and wife, a jokester and his straight man or an ensemble pun-fest, comedy teams have left us rolling in the aisles since, well, since there were aisles.

In no particular order, here’ our favorite top 20, guaranteed to split a rib or two.

Starting out with Mom always liked you better jokes, the real-life brothers evolved into a very liberal, very funny act.

The classic buffoon meets the classic straight man. Who’s on First? is still one of the funniest routines ever.

Everything seems funny after you’ve sparked up a fatty. Especially these two stoners.

These two white guys were a hit back in the early days of TV and radio, wearing blackface and playing on every negative racial stereotype you can imagine. If you can put away your political correctness, you’ll admit they were pretty funny.

Some of the funniest Brits ever born. Between their Flying Circus and their uproarious movies, these guys kept busy.

What happens when you pair a zany over-the-top Jewish guy with a suave, debonair Italian? Show business biggest duo for a decade.

Taking the groan-inducing pun to another dimension, Groucho and his brothers made one painfully funny movie after another. Go! And never darken my towels again!

Two of the original cast members of Saturday Night Live, Aykroyd and Belushi broke box-office records with their Blues Brothers.

Who do you think is NEXT?