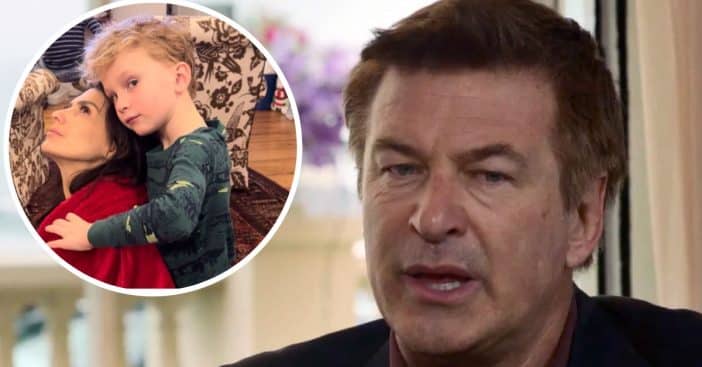 Alec Baldwin received criticism over the weekend for a photo and more specifically, its caption over the weekend. This was his first post since being charged with involuntary manslaughter in the death of Halyna Hutchins. A prop gun went off, firing at several people on the set of the movie Rust and killing Halyna.

Alec shared a photo of his young son looking at the camera and giving his mom, Hilaria Baldwin, a shoulder massage. The first caption read, “The old ‘let me give you a back rub’ ploy.” People fired back writing comments such as “Sexualizing children is always so weird but your own child? Yikes.”

Another explained, “Alec. The back rub ‘ploy’ is a joke between grownups not mother/son omg Google it or something. Someone please tell him!” After receiving many similar comments, Alec changed the caption to, “The old “let me give you a back rub” ploy. Potato chips to follow.”

He added in the comments section, “I adjusted the text. I guess because…you know…there is so much of that Reddit trash out there.” Alec has not spoken out about his sentencing after speaking a lot at the beginning and wanting to clear his name. Now, legal experts likely advised him to “keep his mouth shut.”

Former Assistant U.S. Attorney Neama Rahmani said, “He should keep his mouth shut and stop talking. The district attorney clearly wants to make an example of him, so he should stop taking advice from his PR team, get with his lawyers and prepare for trial.”

Click for next Article
Previous article: The Presleys: The Joys And Tragedies Of The Rock and Roll King’s Family Today
Next Post: Reports Say Walt Disney Will Replace Benjamin Franklin On The $100 Bill