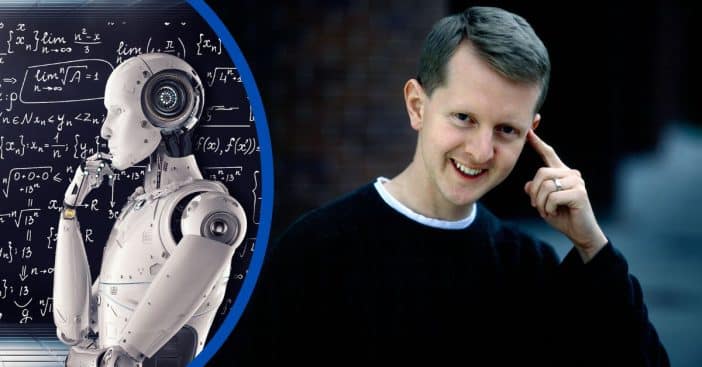 There was a time when computers took up an entire room just to complete basic but vital programming. Now, all the world’s knowledge can sit in a handbag, in a pocket, in our hands. Now, programs can do many jobs like data entry and driving. So, where else can artifical intelligence, or AI, crop up? Jeopardy! host Ken Jennings says AI could very well do his job on the game show.

Since the death of former Jeopardy! host Alex Trebek, Jennings has been sharing the job with Mayim Bialik, covering typical new episodes and themed specials across the franchise. But this tentative peace followed a period where the position was a revolving door of guest hosts and scandal, and Jennings is now saying it would be downright “easy” to replace him. Why?

It would be extremely easy to replace me with an AI because roughly 60% of the things I say come from the Poochie episode of Simpsons.

On January 21, Jennings took to Instagram to comment on his hosting style; he and Bialik are frequently the subject of comparisons. In a moment of reflection, Jennings said, “It would be extremely easy to replace me with an AI,” adding, “because roughly 60% of the things I say come from the Poochie episode of Simpsons.”

Poochie was a character from the season eight episode titled “The Itchy & Scratchy & Poochie Show.” Homer voiced a character from this program named Poochie, a grunge-type rocker dog that played it cool in the brutal city of Itchy and Scratchy. Fans of the show, however, wanted the character killed off immediately, indicating poor reception whenever they had to hear him.

Fans of Jennings were ready to join in on the joke on Twitter, with one immediately quipping, “Only 60?” Others made references to lines or story beats involving Poochie, like “When ARE we going to get to the fireworks factory, Ken?” Others contemplated the logistics of a Poochie-AI-Jennings host, noting the need for more anger and a time machine. But what about a smart machine? Can Ken Jennings be an artificial intelligence program, Simpsons references or otherwise?

There’s some precedence for this. Back in 2019, it was reported that an AI host had been created to, for the first time ever, host China Central Television (CCTV) Spring Festival Gala, which reportedly sees high volumes of viewership each year. The program was created by ObEN Inc. and is boasted as the world’s first AI host.

Would you watch Jeopardy! if it were presented this way?

Click for next Article
Previous article: Celebrating 80+ Years Of The Beautiful And Talented Ann-Margret
Next Post: The Presleys: The Joys And Tragedies Of The Rock and Roll King’s Family Today