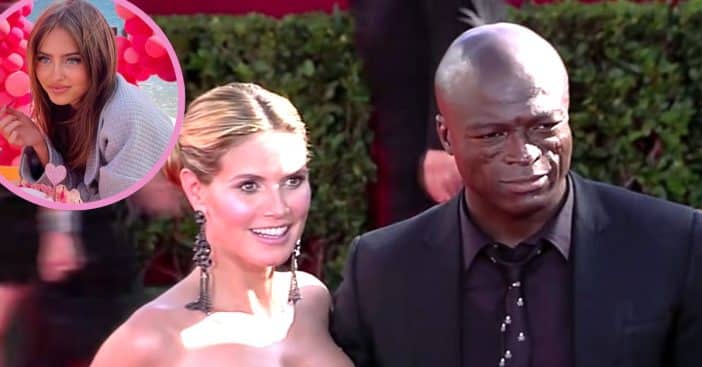 The January 18 premiere of Shotgun Wedding was a great opportunity for stars to converge on the red carpet in celebration. Among the guests were British singer Seal and Leni Klum, 18-year-old daughter of Heidi Klum. Seal adopted Leni when she was five and the two have had a sweet father-daughter bond ever since.

Leni’s biological father is Italian businessman Flavio Briatore. Heidi was married to Seal from 2005 to 2014 and together they also had children Johan, 16, Henry, 17, and Lou, 13. These days, Heid is with Tom Kaulitz, co-founder of German rock group Tokio Hotel, but Leni and Seal make the occasional and meaningful appearances together at public events. This one was especially classy and sweet!

Leni, who is pursuing modeling like her mother, already knows how to show off her style in front of the camera – and proved that once again at this premiere event. The theme of the evening was coordination and father and daughter did exactly that. Seal wore a comfortable but sleek black jacket over a white shirt, which paired perfectly with Leni’s own little black dress as she smiled beside him.

Indeed, both were all smiles as they primarily stuck close to one another throughout the event. Because of how rarely they’re spotted in public at events like these, it was especially pleasant to see them together and having such a good time!

A model of ambition

Of course, Heidi is recognizable for her modeling career that spans decades and saw her on the cover of 1998’s Sports Illustrated Swimsuit Issue. Leni is set to follow in her mother’s footsteps, already with 1.7 million followers on her Instagram page that primarily boasts dramatic photos of Leni. Sometimes she’s showing off a new outfit and other times it’s all about promoting some cosmetics.

She has worked with a few brands throughout her 117 posts and counting but she is listed as an ambassador for Dior and GHD specifically. For the January 18 premiere event, though, Leni favored Dolce & Gabbana for her black dress, reports People. Nothing beats a black evening cocktail dress!