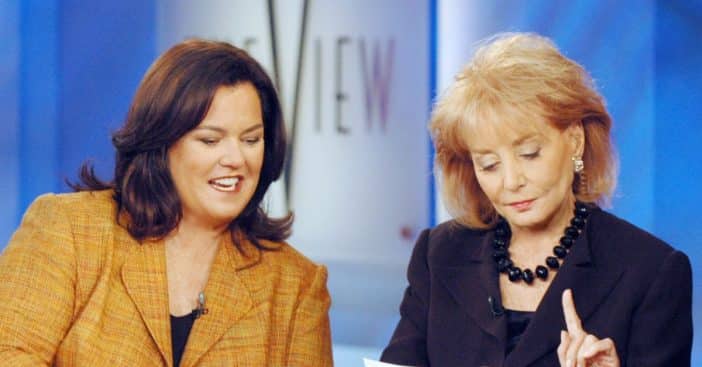 Journalist and creator of The View, Barbara Walters, recently passed away at the age of 93. Many tributes poured in online including one from her former View co-host, Rosie O’Donnell. Later on, The View had a special tribute episode to Barbara and invited some of the past co-hosts. However, Rosie was not in attendance.

At first, one of her representatives said that she had a conflict of interest. She eventually shared the true, very emotional reason that she didn’t go to the tribute. She admitted, “They invited me but I wasn’t able to make it.” She added, “I didn’t want to be in a big group of people. I don’t know, I was worried I would get upset and I didn’t want to do that. So, there you go.”

Barbara created The View in 1997 and hosted it for decades before stepping down. Current View co-host Joy Behar was on the panel with Barbara for many years and spoke about how she was a “role model” to a lot of people.

Joy shared, “She’s very much the role model for a lot of people in showbiz and the news world for sure. She had a work ethic you couldn’t deny.” She continued, “She very much defied sexism and defied ageism. She went right into the jaws of the lion … She started The View when she was 68 years old – very few people start a brand new career at 68.”

May Barbara rest in peace.

Click for next Article
Previous article: ‘Wayne’s World’ Star Tia Carrere Stuns In Bikini For Her 56th Birthday
Next Post: An On-Set Feud Gave A John Wayne Film Its Most Iconic Scene