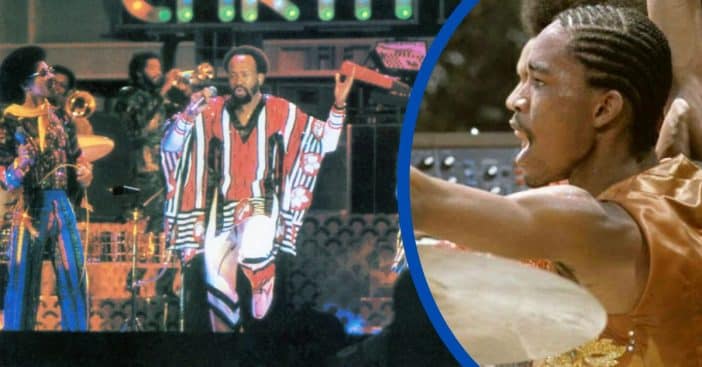 Musician Fred White died on January 1. News of his passing comes from his brother and bandmate Verdine White, who shared the news via an Instagram post. White was 67 when he died and is predeceased by Maurice, Monte, and Ronald.

White was an early member of the best-selling ’70s band Earth, Wind & Fire, which also included Verdine, and was led by half-brother Maurice, who died in 2016. White also played on Donny Hathaway’s Live album, which was released in 1972.

Drummer Fred White has passed away

Over the holiday weekend, Verdine took to Instagram to announce the sad loss in the family. “Dearest Family Friends and Fans,” he began. “Our family is saddened today With the loss of an amazing and talented family member, Our beloved brother Frederick Eugene ‘Freddie’ White. He joins our brothers Maurice, Monte and Ronald in heaven and is now drumming with the angels.” Verdine remembers White as “Child protégé, member of the EWF ORIGINAL 9, with gold records at the young age of 16 years old.”

By time of writing, there is no confirmed cause of death. Verdine’s caption continues, “He was brother number 4 in the family lineup. But more than that at home and beyond he was the wonderful bro that was always entertaining and delightfully mischievous! And we could always count on him to make a seemingly bad situation more light hearted! He will live in our hearts forever, rest in power beloved Freddie!!”

Out of 17 nominations, Earth, Wind & Fire has won six Grammy Awards. The band was been inducted into the Rock and Roll Hall of Fame in 2000 but there are many other accolades even beyond that, since the members mastered a medley of genres, including pop, soul, R&B, jazz, and funk. They shine on with a Hollywood Walk of Fame Star. The numbers mark Earth, Wind & Fire as still one of the best-selling bands of all time – that’s from the 90 million record sales worldwide. For their contributions as “one of the greatest bands” armed with a style that’s been called “innovative, precise yet sensual, calculated yet galvanizing,” Rolling Stone has said that Earth, Wind & Fire fundamentally “changed the sound of black pop.”

Fred White was a crucial part of that, and for his own contributions, he is also mourned in a tribute post shared by the band’s own Instagram page labeled as “In memoriam: Fred White, 1955-2022.” The accompanying video shows White “soloing during our performance of Runnin’, during our Tour of the World in 1979, at Rockpalast in Essen, Germany.”

Rest in peace, a musical legend.