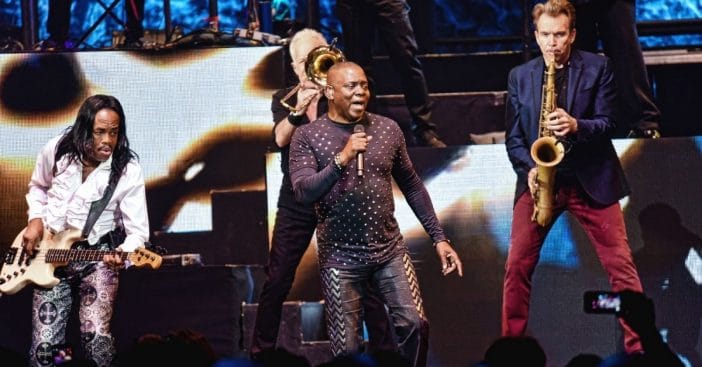 For over 50 years, Earth, Wind & Fire has redefined various music genres and produced fresh innovation for the medium. The band has worked relentlessly with practically no breaks over the years, and that didn’t change this past weekend.

On Saturday, New York hosted a We Love NYC: The Homecoming Concert. It featured an impressive lineup of artists and songs, from Jennifer Hudson’s powerful ballad to another collaboration between Rob Thomas and Carlos Santana, the duo behind “Smooth.” And, of course, that included Earth, Wind & Fire and one of their most famous hits.

We Love NYC: The Homecoming Concert took place on Saturday in Central Park starting at 5 pm, aired exclusively on CNN. The lineup of musicians included names such as Barry Manilow, Journey, Bruce Springsteen, and more. Sadly, while Manilow was performing, the concert was cut short due to inclement weather, residual from Hurricane Henri affecting the east coast. However, Earth, Wind & Fire still had time to drop a memorable performance.

The genre-transcending and redefining band first performed “You Want My Love” while also collaborating with Babyface and R&B singer Lucky Daye. This set the stage for their personal big hurrah, “September.” The song made it to number one on the Billboard Hot Soul Songs and remains regarded as one of EWF’s most beloved songs that unites generations. But the band had even more exciting things planned for fans, which they promoted on social media.

That Friday, Earth, Wind & Fire had also released their own reimagined version of Babyface’s “You Want My Love,” which itself is an update of the 1975 track “Can’t Hide Love.” That solo track can be enjoyed on its own on YouTube and other streaming websites.

Released in 1978, “September” turns 43 this year and since 2018 it has been a part of the Library of Congress’ National Recording Registry, which catalogs creations that “are culturally, historically, or aesthetically important.”

How do you like the old classic with a modern twist?

Click for next Article
Previous article: 98-Year-Old Bob Barker Reflects On His Time As Host Of ‘The Price Is Right’
Next Post: John Travolta Opens Up About What He Said To His 10-Year-Old Son After Wife’s Death