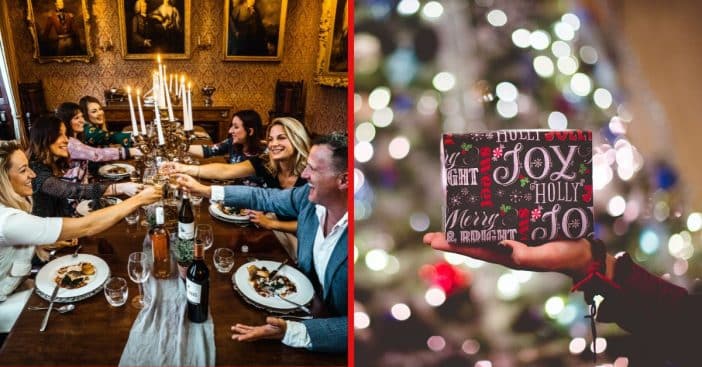 The winter holiday season represents a time of love, giving, and – wrapping it all up – togetherness. That means flocking together for, when possible, holiday family reunions. However, that trend is grinding to a halt with some millennials as each year goes by. Why?

It’s a phenomenon similar to the disappearing Sunday dinner tradition. It used to be a given for that occasion, each time it arrived. But while weekend family dinners dying out can be attributed, in part, to long leaps in technology, reduced reunions for the holidays are a relatively recent development with a variety of roots.

The line between personal and professional lives is more blurred than ever before. Bringing work home was a phenomenon forbidden during the holiday season. But for one 31-year-old, this stretch of time is ideal not for seeing relatives but to focus on work. “I’m kind of giving up an illusion of attempting to balance these things,” admits Gotham Sharma. So, he spends the holidays free of meetings and instead focuses on his startup.

But, he stresses, “It’s not saying I never want to see you again. It’s saying I can’t see you right now.” In fact, family time is very important to him and his relatives. It’s a message he believes his family members will understand, even if there is some criticism. For others, though, the opposite situation keeps them from holiday family reunions.

Some millennials feel family reunions can ruin the holidays

In contrast, some millennials feel seeing family members can cause more emotional harm than good meant for the season. BetterHelp, in partnership with research company Material, surveyed 1,000 American adults. 72% said they expected some negativity that would impact their mental health in a bad way. “When people individuate early and form their adult life, they often leave behind a family dynamic and elements that make them feel less effective,” explains Dr. Frank Ghinassi, the CEO of Rutgers University Behavioral Health Care. “They reinvent themselves in order to feel empowered.” Going back to the source damages that empowerment.

Ghinassi adds the importance in acknowledging the huge portion of the population that isn’t happy – and why. “It highlights the chasm between what the world is expecting and what some people can give,” the doctor explains. These causes were there for a while, but they were exacerbated exponentially in light of the COVID-19 pandemic which had people locked down either with or apart from relatives. Along the way, discourse about the pandemic and politics hung over every conversation. A taste of emotional freedom or a mental prison, it was an enlightening experience for many.

Will you be gathering with family this holiday season?