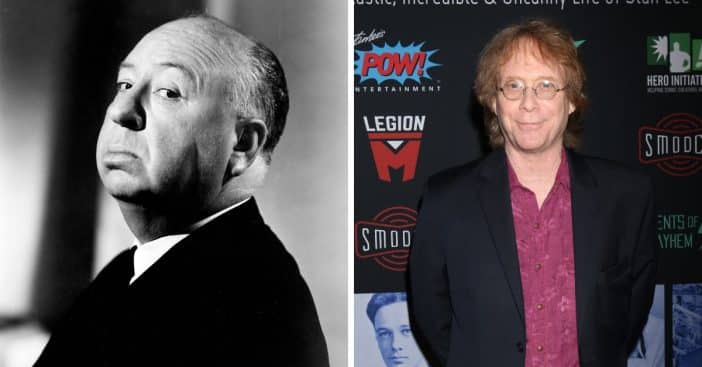 In his memoir, Danger, Will Robinson: The Full Mumy, former child star Bill Mumy tells all about his rise to stardom and his relationship with other big names in the industry. Mumy worked with top filmmakers in Hollywood, including the late director, Alfred Hitchcock, when he was only seven years old.

Mumy starred in the “Bang! You’re Dead” episode of the TV anthology series Alfred Hitchcock Presents, filmed in the summer of 1961. He also worked with Walt Disney the following year, starring in 1962’s Sammy, The Way-Out Seal, and Rascal, later in 1969.

Working With Hitchcock Was Not As Fun For Mumy

Mumy opened up on Fox News Digital, saying that Hitchcock was “the monster of the story” and “a real jerk” to him. “.I was in every shot and you can only work a minor a certain amount of hours a day. On one particular day, the assistant director said, ‘We’re going to lose Billy in five minutes,'” he explained. “‘Can we get this last close-up lit?’ I had no problems being my own stand-in for a close-up. But I was seven, and I’d been working nine hours,” Mumy continued, narrating an incident with the director.

RELATED: Whatever Happened To Bill Mumy, Will Robinson From ‘Lost in Space’?

“He [Hitchcock] bends down,” Mumy continued, “and he says this to me in my ear — and I’m telling you, I swear on my granddaughter, this is exactly what he said to me — ‘If you don’t stop moving about, I’m going to get a nail, and I’m gonna nail your feet to your mark, and the blood will come pouring out like milk,’ He said this to me with no inkling of humor, no wink, no nudge-nudge, anything.”

Was Hitchcock Really A Jerk?

According to Mumy, Hitchcock “did not respect actors very much.” Actress Tippi Hedren also recounted her experience with Hitchcock while filming The Birds and Marnie in the mid-’60s. She wrote in Tippi: A Memoir that Hitchcock sexually assaulted her and threatened her career. The 92-year-old told Fox News Digital in 2017 that working with Hitchcock was “a sad situation.”

Mumy continued his account, revealing that he never had any relationship with Hitchcock, who died at the age of 80 in 1980. “I never spoke to him again, ever. I worked at Universal on and off for decades. I knew exactly where his office was — I would purposely walk around a different sound stage, because I didn’t want to see him. He was a jerk. A real jerk,” he said. “I just don’t understand why he would say that to a child. He didn’t respect actors very much. He just saw them as his props to use. I didn’t like him, but I can’t say I was traumatized after that. I didn’t need to go to therapy over it.”

Previous article: Steve Martin Reflects On The 19 F-Words In ‘Planes, Trains and Automobiles’ Scene
Next Post: Mick Jagger Questioned Why Martin Scorsese Uses “Gimme Shelter” In So Many Movies