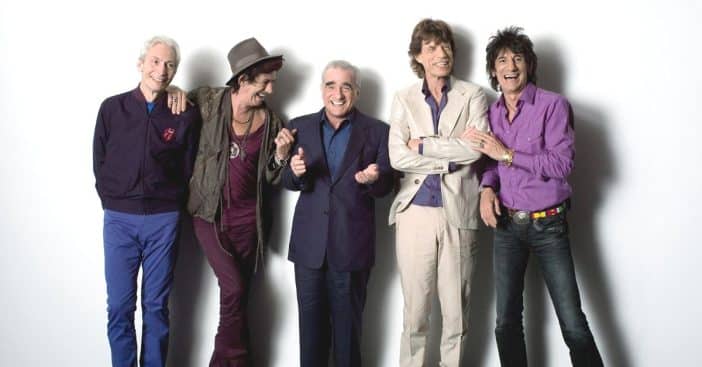 Martin Scorsese has made no secret of the fact that he’s a huge fan of the Rolling Stones and uses their music in many of the films he directs. In fact, he’s used used the song “Gimme Shelter” so often that Mick Jagger, lead singer of the band, started to notice. You may recall hearing the popular song in Goodfellas, Casino, and The Departed, three of Martin’s most iconic movies.

Martin even directed a concert film of the Rolling Stones to further show his love for the band. — the 2008 documentary Shine a Light, which premiered in 2008. The film follows the Rolling Stones on their 2006 A Bigger Bang tour, and, ironically enough, doesn’t feature the song “Gimme Shelter” in it.

Mick once joked that Shine a Light is “the only Scorsese film not to feature ‘Gimme Shelter.'” Since the song’s release in 1969, it has become a beloved track while also being featured in many movies and television shows, including ones not directed by Martin.

For his part, Martin, when considering the connection between the song, the band and himself, commented, “I guess I can say that, in many ways, whatever I do with movies and in movies began with listening to the Rolling Stones, and the way that their music interacted with the world around me.”

He continued, “That’s why I wind up putting so many of their songs into my pictures over the years. In fact, my films would be unthinkable really without them.” For those keeping “track” of such things, you’ll hear “Tell Me” and “Jumpin’ Jack Flash” in 1973’s Mean Streets, “Gimme Shelter,” “Monkey Man” and “Memo from Turner” in 1990’s Goodfellas, “Long Long While,” “Heart of Stone,” “Sweet Virginia,” “Can’t You Hear Me Knocking,” “Gimme Shelter” and the Devo cover version of “(I Can’t Get No) Satisfaction” in 1995’s Casino, and “Gimme Shelter,” “Let It Loose” and “Shine a Light” in 2006’s The Departed.

Click for next Article
Previous article: Bill Mumy Claims Alfred Hitchcock Is ‘The Monster Of The Story’ In Memoir
Next Post: Elvis Presley Had To Paint One Of His Cars Because Women Kept Kissing It