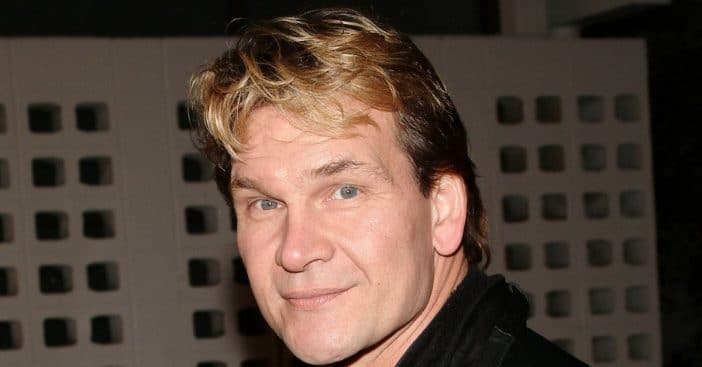 Sometimes, the universe can be desperately cruel, and Patrick Swayze was a victim. The Dirty Dancing actor’s greatest wish was to become a dad; however, his wish didn’t come true before he died. He married his teenage love, Lisa Niemi, and stayed married to her until his death, although their marriage went through a rough patch in 2003.

Everyone around Patrick knew of his dreams to become a father, they described Patrick as someone who had everything anyone needs to become a good father. “He wanted to be a dad more than anything. He had skills, knowledge, kindness, and love – everything a child would want,” his bodyguard and long time friend, Frank Whiteley said.

Patrick Swayze’s love story is a touching one and one destined for books and movies. He and his wife met as teenagers but their love story didn’t start there, in fact, until much later. Patrick came to Hollywood, as the handsome and eligible bachelor that he was, women ogled him and showered him with love and attention except for Lisa Niemi.

The One Last Dance actress didn’t fall for his charm and that intrigued him. “If I started putting on a pose or doing my Casanova routine, Lisa would turn away and not say anything. We had a lot of dates in silence,” Patrick recalled.

Interestingly, he cracked the beautiful Lisa Niemi and they got married in 1975. After the marriage, he hoped to build a lasting marriage and become a father to their children. Unfortunately, only one wish got fulfilled.

The other wish almost got fulfilled but…

15 years after his wedding, Lisa got pregnant in 1990, he was so happy that he was finally getting what he wanted. Sadly, his joy was cut short when Lisa suffered a miscarriage. “It broke his heart” Frank revealed. But that setback didn’t stop him from hoping. However, to forget his problem, he turned to alcohol.

Shortly after the miscarriage, his sister’s untimely death occurred and those events sent Patrick down a spiral. His marriage became shaky and everything went out of place, their beautiful love was becoming sour. Subsequently, in 2003, the couple announced their separation and the news shocked everyone. No one expected it.

Patrick went to rehab to get a hold of his life again and during the process, he and Lisa resolved their issues and came back together again. “No relationship is perfect, you hang in there and you don’t give up. And of course, you are going to have bad times. I would be with Patrick a million times over if I could — warts and all,” Niemi said during an interview with Woman Magazine.

Unfortunately, their rocky days weren’t over yet as Patrick was diagnosed with pancreatic cancer in 2007. Lisa stood by him all through but he died in 2009 without a child. Lisa loves him and regrets she didn’t tell him she loved him enough throughout their 34 years together. “My regret is that I didn’t tell him that I loved him enough over that entire 34 years. We told each other we loved each other over and over again. I never left the room without telling him. It still didn’t feel like enough,” Lisa Niemi revealed.

Click for next Article
Previous article: Michelle Pfeiffer Opens Up On Playing A Real-Life Public Figure In ‘The First Lady’
Next Post: Even At The End, Jim Backus, Mr. Howell on ‘Gilligan’s Island,’ Asked One Thing: ‘Was I Funny?’