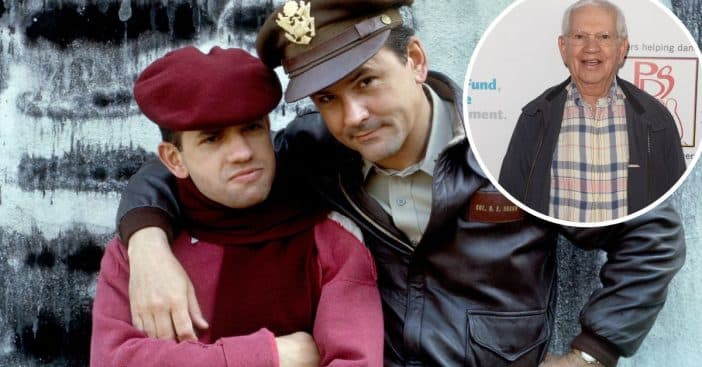 Actor Robert Clary died at the age of 96 years old. He is best known for his role as Corporal LeBeau in the series Hogan’s Heroes, which ran from 1965 until 1971. It was one of the first shows to make the transition from black-and-white to color episodes. He was the final surviving original cast member of Hogan’s Heroes.

Robert was born in 1926 to a family of 14 children. When he was only 16 years old, Robert and his family were sent to Auschwitz. While his parents died, Robert survived and credited his survival to his singing and dancing. He explained, “Singing, entertaining, and being in kind of good health at my age, that’s why I survived.”

Robert Clary was a survivor of the Holocaust

Robert made it back to France in 1945 and began pursuing his love of singing, dancing, and acting. Just a few years later, he relocated to Los Angeles and made a record for Capitol Records.

RELATED: Robert Clary From ‘Hogan’s Heroes’ Is 95 And Teaches About The Holocaust

In the ’50s, he began appearing in films such as Ten Tall Men (1951) and Thief of Damascus (1952). He then moved to New York City and started singing in clubs and appeared in the Broadway musical revue New Faces of 1952.

In his later years, after the success of Hogan’s Heroes, he turned to soap operas. He starred in the long-running soap operas Days of Our Lives and later The Bold and the Beautiful. After he stopped acting in the ’90s, he went on to teach others about the Holocaust. He was married to Natalie Cantor Metzger until her death in 1997.