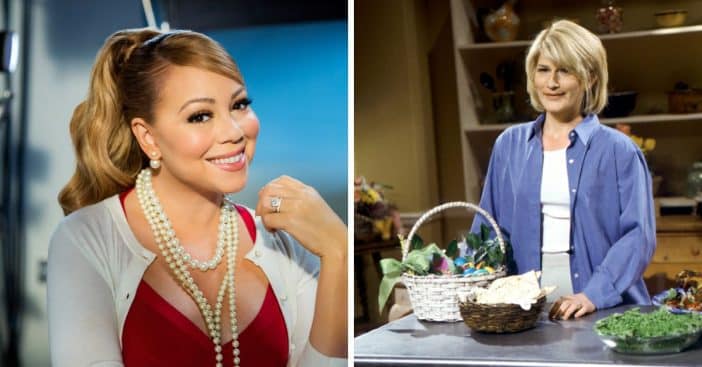 Following the success of her song, “All I Want for Christmas is You,” Mariah Carey has since been deemed the “Queen of Christmas.” The Grammy award winner did not fail to live up to her name, as on the day of Halloween, the singer posted the rendition of her famous song.

Mariah took to her Twitter page on Halloween, posting footage of her wearing a black catsuit while riding a bicycle in the woods with the floor littered with pumpkins and laughing wickedly. The Queen of Christmas reminded everyone that Christmas is around the corner as the eerie video changes to Carey in her iconic red bodysuit she wore on the cover of her 1994 Merry Christmas album. She rode a reindeer as she sang “it’s time” while her song, “All I Want for Christmas is You” began to play.

The “When You Believe” singer posted a video of her in Christmas wear while the rendition of her popular song plays in the background. She captioned the video on Twitter, “IT’S TIME!!! #MariahSZN.” The tweet, which got over twenty million views in less than 48 hours, elicited tons of reactions from fans.

American businesswoman Martha Stewart pleads with the singer that Thanksgiving has to be celebrated. “Mariah, you know me. I am a traditionalist with a twist. And you cannot give up thanksgiving just because you don’t like Turkey. I love Turkey, and many, many other people love Turkey.” The 81-year-old mogul goes on to leave a friendly message for Carey, “So do not think that we are going to give up thanksgiving just because you say so.”

RELATED: Mariah Carey Being Sued For “All I Want For Christmas Is You”

Dearest Martha!! NEVER will I give up Thanksgiving!! But we can still start getting into the festive spirit now! 💕 P.S I’d love to have you at my Thanksgiving dinner although I’ve yet to be invited to your Thanksgiving extravaganza! And THAT is MAJOR! Esp if Snoop’s coming! 🥳🎄 https://t.co/zrTNaevTTM

Fans did not appreciate the “Martha Stewart Living Omnimedia” founder as someone commented, “Girl, I love ya, but whenever @mariahcarey says it’s time, it’s time.” Also, the artist stepped in to respond and clarify that she isn’t giving up on the celebration, “Dearest Martha!! Never will I give up Thanksgiving! But we can still start getting into the festive spirit now!”

Interestingly, Mariah used the avenue to throw a Thanksgiving dinner invite to Stewart and requested an invite to her famous Turkey Day dinner, which she celebrates. “P.S. I’d love to have you at my Thanksgiving dinner, although I’ve not been invited to your Thanksgiving extravaganza! And THAT is MAJOR! ESP if Snoop’s coming!”