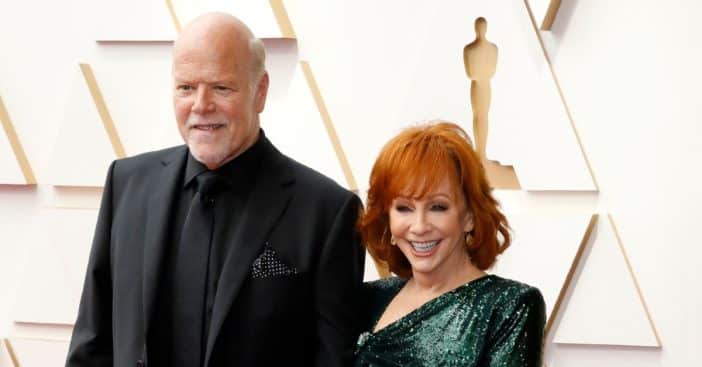 Reba McEntire has been dating actor Rex Linn for almost three years now. Now, Reba is revealing the timeline of their relationship and how they were dating long distance due to the pandemic for quite a while.

Reba explained, “I’d known Rex since ’91 when we worked on the movie ‘The Gambler Returns’ with Kenny Rogers. Then in January 2020, I saw him again when I shot an appearance on the TV show ‘Young Sheldon,’ which he is on. He said, ‘Let’s have dinner when you get through.’ And I said, ‘OK!’ He made me laugh my butt off on our first date, which we didn’t even know was a date.”

Reba McEntire says Rex Linn is the love of her life

Soon after their “date,” the world went into lockdown because of the COVID-19 pandemic. This meant that Reba was staying in Oklahoma because her mom had just passed away and Rex was stuck in Los Angeles. She revealed, “We didn’t get to see each other from March to June, but we’d talk over Zoom and FaceTime four to five times each day. We created a bond and an intimacy that was getting to know each other without being physical.”

While Reba said that she wasn’t really looking for love, it certainly hit her hard. Now, she calls Rex the love of her life. They have even been working together in the show Big Sky, playing husband and wife. She said, “To play husband and wife, it’s natural for us. Rex and I rehearse all the time to make sure that when we step on that set, we’re not wasting anybody’s time. We’re professionals. We have our stuff together, we show up on time, we’re ready. We’re not holding up anybody because time is money on the TV set.”

Even though the two are extremely busy, with both acting and Reba touring and making music, she said they always make time for each other. One of their favorite ways to spend time together is having coffee together in the morning.

Click for next Article
Previous article: Sacheen Littlefeather’s Sisters Claim She Was Not A Native American
Next Post: Elizabeth Hurley Reveals The Dangers Of Making Breasts A “Taboo” Subject