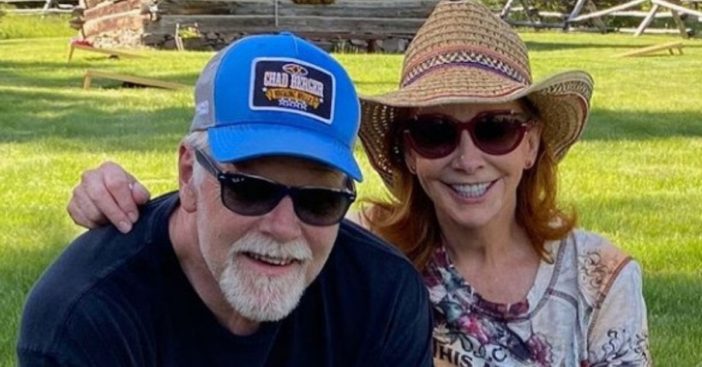 Reba McEntire recently confirmed that she is dating actor Rex Linn. Rex previously shared a photo of the two out to dinner in January. Reba revealed that they went on a date but then had to be apart due to the coronavirus pandemic. However, they kept in touch and are now officially dating!

Rex is best known for CSI: Miami but he also appears regularly on Young Sheldon. Perhaps they met when Reba guest-starred on the series. Either way, they are going strong. Reba posted a photo of herself and Rex. She captioned the photo, “Fun in MT with my Sugar Tot!!! @rexlinn13”

Fans were entertained by Reba’s nickname for Rex, Sugar Tot! Rex shared the same photo to his Instagram account and called Reba a “tator tot.” He also called her an “Angel on the ground.” How sweet is that? It really seems like they are doing well!

This is Reba’s first relationship since breaking it off with her ex Anthony “Skeeter” Lasuzzo in November of last year. She confirmed the new relationship on her podcast called Living & Learning with Reba McEntire.

What do you think of Reba’s new relationship? They seem pretty cute together!

Click for next Article
Previous article: Whatever Happened To Gregory Sierra, Chano From ‘Barney Miller’?
Next Post: You Need To Watch This John Travolta Western That’s Dominating Netflix’s Top Ten