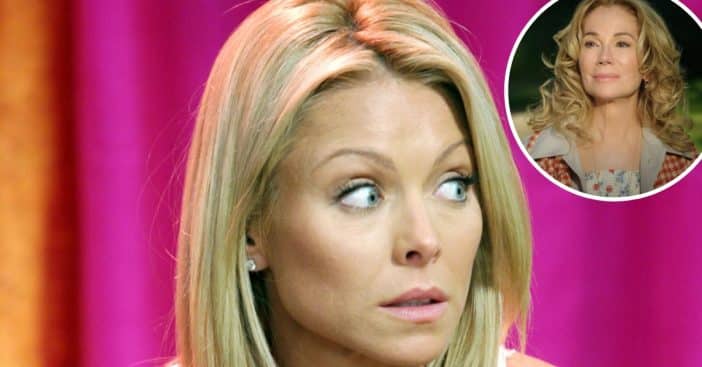 Kelly Ripa is making headlines because of her new book called Live Wire: Long-Winded Short Stories. The book covers some touchy subjects from her life, including her former working relationship with the late Regis Philbin. Kelly worked with Regis on Live! with Regis and Kelly after Kathie Lee Gifford retired from the show.

After hearing about some of the stories from the book, Kathie Lee said that she will not be reading the book and seemingly trashed Kelly for saying anything negative about someone who is no longer here to defend themselves. Kelly responded, “Theoretically, should a person correct the record in real-time or should they not even comment on it? Because here’s the thing, it’s like I talked to the people who read the book. I knew writing a book was going to open me up to all sorts of criticism, right? But people who read the book have a very different take on those chapters because they read the book.”

Kelly Ripa is grateful for all press about her book, even if it is negative

She added, “You don’t have to read every book. Nobody has to read every book on Earth. The comments I’ve gotten about those chapters have been overwhelmingly positive and the people who read the book took away a lot of positivity from it. It is ironic that it is that chapter where I talk about, ‘What do I do in these situations?’ Do I advance a media narrative with clickbait and all of that stuff? Or do I just drop it?”

Even though Kathie Lee’s comments have created some negativity surrounding the book, Kelly is still grateful because of the attention it is giving her book. She continued, “It’s really hard to sell a book, right? And this is like, week three of the book, right? And I mean, honestly, I’m not gonna lie, I was not reading any headlines anywhere. And suddenly all of these headlines pop up and there’s all of this attention on my book. So I am a person that tends to take a negative and turn it into a positive. And so my ultimate comment is, thank you.”

She hopes that people who choose to read the book will understand her side of the story. She previously shared that she did not want to be disrespectful towards the late Regis or his family but she finally wanted to share how difficult it was behind the scenes of the talk show.

Click for next Article
Previous article: Ron Howard Says There Is One Person Who Could Get Him To Act Again
Next Post: Passengers Who Recline Their Seats On Flights Are Seen As ‘Rude’ — Do You Agree?