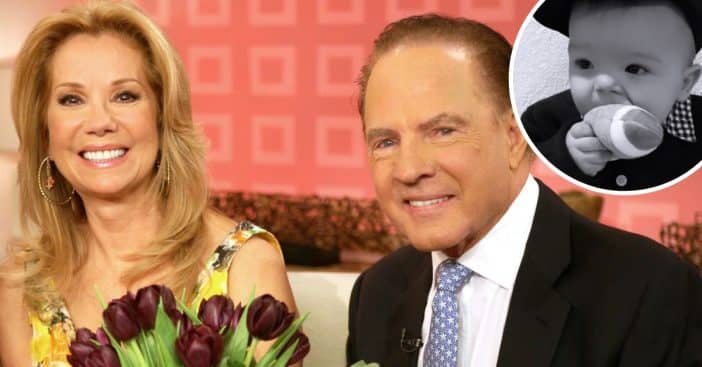 Kathie Lee Gifford’s grandson recently dressed up as her late husband Frank Gifford. Her son Cody and his wife Erika share 7-month-old Frank Michael. In a recent post by Erika, she shared a throwback photo of Frank Sr. and then one of little Frank, in a very similar outfit.

She captioned the photos, “Big Frank —swipe—> Little Frankie❤️💙🤍 SO proud of Grandpa’s team 🏈 Go @NYGiants ✨” Fans couldn’t get over how cute the baby is and even noted the resemblance between the two of them.

Others commented on how Frank would have been so proud of his son and how he would have loved to meet his grandson. One person commented, “Wouldn’t he have loved that baby boy. ❤️❤️” Another wrote, “Frank Senior would be so proud!❤️”

Others hoped that the photo would bring the Giants some luck. Frank spent 12 years playing for the Giants and later worked as a sports anchor and commentator. Even though Frank sadly never got to meet his grandson, grandma Kathie Lee is eating up every moment. She gushed that the baby is “Sheer perfection. Straight from Heaven’s Gate miss you guys so much, but so grateful for all of our blessings.”

Kathie Lee previously shared how surprised she was that they named the little guy after Frank. She said, “I was surprised Cody named him after his dad because Cody knew what it was like to grow up in the shadow of a great man. But I guess he’s never gotten over, really, and he never will, the loss of his dad at an early age and he was his hero and he still is.”