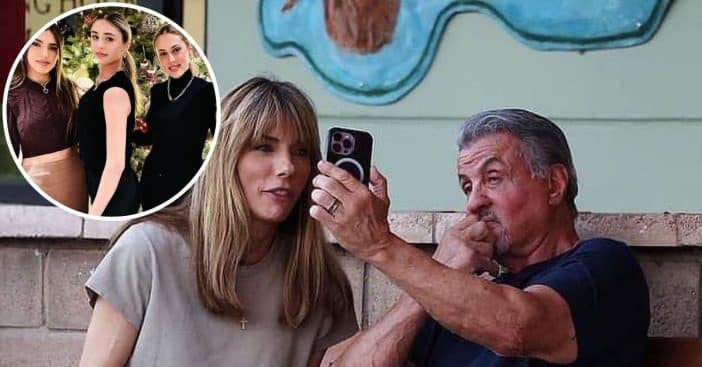 Like the Kardashians, Sylvester Stallone’s family is getting ready for its upcoming reality show, which will stream on Paramount+. The Rambo star is set to allow his fans to have a different view of him and his family. Also, a lot of people have been wondering if the break-up and make-up situation the family experienced was all staged for the show.

Although Paramount+ hasn’t officially announced anything on the project, Puck claims the streamer reported on a statement from Stallone’s publicist to disclose the news. “Its existence was revealed only by Stallone’s publicist in a weird statement responding to a divorce filing last month by his wife of 25 years, Jennifer Flavin,” Matthew Belloni wrote.

Stallones marriage to Jennifer Flavin produced three daughters, Sophia Rose, 26, Sistine, 24, and Scarlett Rose, 20. The lovers are set to feature on the show; however, the focus of the reality show will be mostly on the daughters. Also, Puck noted that the reality show would be recorded and produced in the family’s newly acquired mansion: “The still-untitled show is filming in and around the family’s new $35 million Palm Beach estate.”

The outlet further detailed how the show is scheduled to run and how the couple’s divorce stunt isn’t impacting the filming. “Paramount+ won the show in a five-outlet bidding war with a two-season commitment,” Puck wrote. “They’re almost done filming and have continued to shoot even after the divorce filing, with Flavin still participating, despite the fact that she’s petitioning the court for ‘exclusive use’ of the home during the divorce proceedings.”

A few months back, Flavin filed for a divorce from the Rocky star after the duo celebrated their 25years marriage anniversary. The model’s lawsuit was hinged on accusing Stallone of the “waste of marital assets” throughout their relationship.

“Upon information and belief, the Husband has engaged in the intentional dissipation, depletion and/or waste of marital assets, which has had an adverse economic impact on the marital estate. Pursuant to Section 61.075, Florida Statues, equity dictates that the Wife be compensated and made whole by receiving an unequal distribution of the marital assets in her favor,” the legal document reads. “Moreover, the Husband should be enjoined from selling, transferring, assigning, encumbering, or dissipating any assets during the pendency of proceedings.”

After about a month of living a separate life, the lovers decided to have a heart-to-heart talk and seek a way forward to continue their relationship. “They decided to meet back up at home,” a spokesperson for Stallone reveals, “where they talked and were able to work out their differences.”

Click for next Article
Previous article: No Comments From Kelly Ripa As She Receives Backlash Over Her Tribute To Regis Philbin
Next Post: Jerry Lee Lewis And Keith Whitley Inducted Into Country Music Hall Of Fame