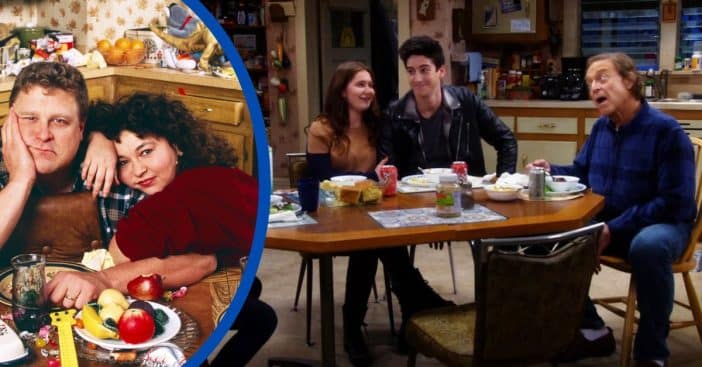 No matter how many spinoffs an original series spawns, there’s always at least one unifying trait – usually more. Various police shows have their location cards and sound cues, and sitcoms have a unique approach to jokes. Some viewers feel that The Conners, as a sequel to Roseanne, has abandoned the throughline of the first show’s brand of humor and how it made jokes.

Specifically, argues one writer with CBR, the jokes of The Conners have turned from good-natured humor to mean insults passed off as jokes. Season five premiered on September 21 and so far, in some viewers’ opinions, the sequel has forgotten its roots as a show made endearing for its focus on everyday citizens just trying to make it from day to day.

Premiering in 1988, Roseanne topped the Nielsen ratings from 1989 to 1990. It earned this acclaim and positive reviews for its portrayal of the middle-class American family. It maintained strong reviews and inspired ABC to call for renewal after renewal, but the network reversed its decision after series lead Roseanne Barr made a tweet comparing Obama administration official Valerie Jarrett to Planet of the Apes. The network condemned her statements as “abhorrent, repugnant, and inconsistent with our values.”

RELATED: A Timeline Of Roseanne Barr’s Whirlwind Career Through Photos

2018 marked the premiere of The Conners, a renamed sequel continuation to Roseanne. The same groundwork is still there, along with the family and the ideas of survival as a typical middle-class family, though it did make select key changes and omissions of plot points from Roseanne. Where once rugged jokes at a family member’s expense came with an underlying sense of love, CBR writer Dan Mandel argues that is absent in The Conners.

How is ‘The Conners’ fairing in the ratings?

The Conners has walked a fine line working with what Roseanne started and becoming its own thing, and recently acknowledged its predecessor in an episode. Among ABC viewers aged 18 to 49 years old, it has consistently received strong ratings. Though, it’s worth noting ratings and viewership are different things and The Conners has not maintained the same number of viewers across its seasons, or even compared to Roseanne.

The 2019 to 2020 TV season was difficult for many shows as several programs saw – and continue to see – decreased viewership numbers. However, among those who have stayed along for the ride, ratings have been reportedly consistently high, indicating consistent enjoyment; it even performed strong enough to nudge Modern Family out of its spot at the top.

What do you think of The Conners this season compared to earlier seasons and Roseanne itself?