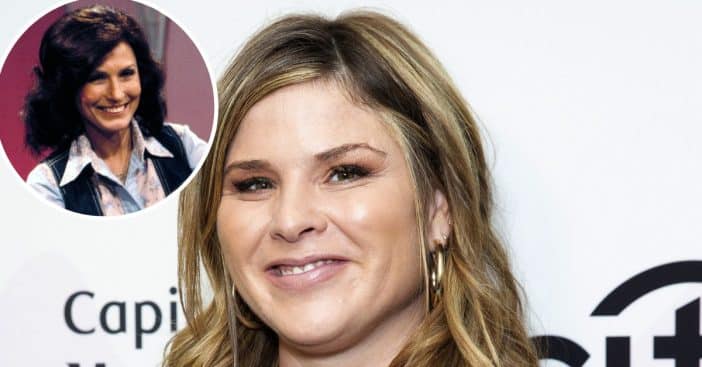 After Loretta Lynn died, many celebrities came out with their own special stories of their encounters with the country music legend. Jenna Bush Hager was able to interview Loretta a few years ago and receive a very memorable guitar lesson from her.

During the interview, Loretta decided to teach Jenna how to play the guitar. Jenna explained, “She said, ‘Now Jenna, use your middle finger. And I said, ‘I’ve used that once or twice.’ And she said, ‘That’s why I told you to use it.'”

Jenna added, “Whenever I interviewed her, she was surrounded by children and grandchildren, and that’s who we’re thinking of today. She was also hilarious.” In addition to Jenna, stars such as Carrie Underwood shared funny stories that showed just how silly Loretta could be.

Carrie recalled a time when she was first stepping into the music industry. She said she was talking to someone else when Loretta walked by and smacked her on the rear end! Carrie shared, “This is one of my most favorite stories to tell. I think it sums up her personality pretty well. She was a cantankerous little pistol…friendly and sweet…never afraid to be herself and speak her mind.”

She continued, “Over the years, I have had the honor of singing for her…and also with her…in some of the most special moments of my career. She is irreplaceable. She will be incredibly missed…but her legacy lives on in those of us whom she has influenced.”