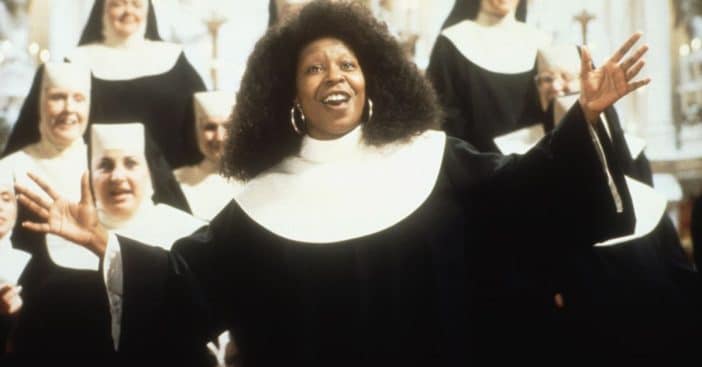 Deloris Van Cartier first sang her way into people’s hearts in 1992, a little less covertly than witness protection would advise, with Sister Act. Grossing $231 million worldwide, Sister Act became one of the most financially successful films of the ‘90s and, barring one sequel, seemed done with telling its story. However, there is officially a Sister Act 3 in production.

The gears are still in the early stages of turning, but there are already a few key names tied to the project, including the original lead Whoopi Goldberg. Sadly, a third iteration was initially deemed impossible because other cast members had died, but there’s already a key ingredient ready.

Sister Act 3 has been a long time in the making. Goldberg confirmed that it’s “taken 20 years.” of an uphill battle, revealing then, “They were sort of lukewarm for the longest time [about making the movie], they said nobody wanted to see it and then Tyler went in and said, ‘I want to see it.’ Next thing I knew, we were on. That’s the power of TP.”

Tim Federle will serve as director and Madhuri Shekar was tasked to pen the script. Sister Act 3 had been announced in 2020 and will stream on Disney+. This confirmation comes seven years after Goldberg had been asked about the likelihood of a third entry, at which point she admitted the prospects seemed unlikely with so many looses among the original cast.

Tyler Perry is tied to the sequel and has updates

Perry is serving a producer for Sister Act 3 and has been vocal about milestones the film has crossed. “I love the idea of us making this happen but you know, the Hollywood system moves a little slower than I’d like to,” Perry reflected, before sharing, “So we’ve got a good script. We’re off to a great start. We’re just trying to get everybody moving in the right direction so we can get it going.”

Goldberg shared that she’s “waiting for the script at the end of the month,” and so Collider reports that she is set to read through it this month. So far, Goldberg is the only cast member definitely coming back, while IMDb lists Wendy Makkena reprising her role as Sister Mary Roberts, but this news has not been confirmed yet.

Will you be singing with your whole soul when Sister Act 3 comes to Disney?

Click for next Article
Previous article: 40 Years After Premiere, Rhea Perlman Shares Unexpected Joys Of Filming ‘Cheers’
Next Post: Jenna Bush Hager Recalls When Loretta Lynn Told Her To Use Her Middle Finger During A Guitar Lesson