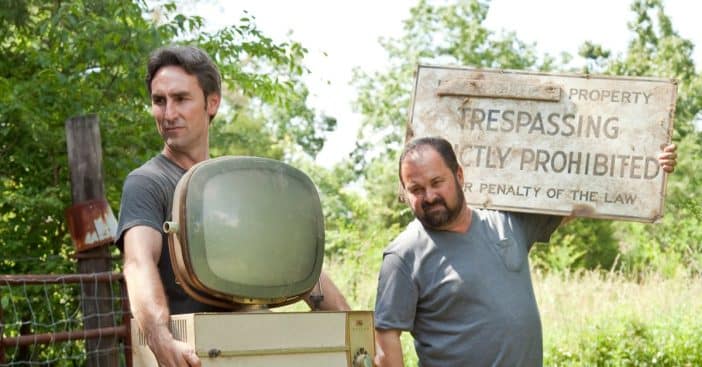 News recently broke that a longtime friend of American Pickers star Frank Fritz filed for guardianship or conservatorship. The 56-year-old is reportedly unable to take care of himself after suffering from a stroke several months ago. While some fans assumed that his former co-star Mike Wolfe was the friend that filed, it has been confirmed that he is not.

There are no reports on who the friend is that has been helping Frank since his stroke. As of right now, this person is his legal guardian and a bank is his conservator. The court documents read, “Mr. Fritz’s decision­making capacity is so impaired that he is unable to make, communicate, or carry out important decisions concerning his own financial affairs.”

The conservator will help make health and financial decisions for Frank and make sure that all of his bills are taken care of. They will need to help him every day and file annual reports and health updates.

It makes sense that Mike is not the longtime friend since the duo had a falling out back in 2021. Frank was fired from American Pickers and has held a grudge against his former co-stars ever since. He went out on his own and opened up his own antique shop.

Frank has said that Mike was “not supportive” and that the series favored Mike over him when making decisions. After Frank had his stroke, Mike shared the news with fans and Frank was reportedly not happy that he leaked the news. An insider said at the time, “While Frank was not prepared at the time for his condition to be published, he is grateful for all the prayers and well wishes.”