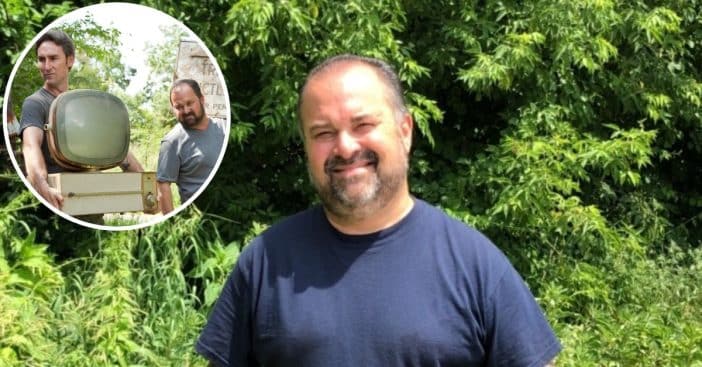 American Pickers is a reality TV series that details the search for rare American artifacts and national treasures. The show, co-hosted by Mike Wolfe, Frank Fritz (formerly), and Danielle Colby, premiered for the first time in 2010, with over 3.1 million viewers. After over a decade of the trio working together, Fritz went missing from the show for some time, leaving fans speculating whether or not he had been fired.

Recently, it was confirmed by the History Channel show star Mike Wolfe via Instagram that his colleague is gone for good. “I have known Frank for as long as I can remember; he’s been like a brother to me. The journey that Frank, Dani and I started back in 2009, like all of life, has come with its highs and lows, blessings and challenges, but it has also been the most rewarding. I will miss Frank, just like all of you, and I pray for the very best and all good things for him on the next part of his journey,” he wrote.

Why Was Frank Fired?

American Pickers hasn’t released any statement detailing why Fritz isn’t participating in the show anymore. However, he himself broke the silence in an interview with The Sun, claiming he didn’t leave the History Channel series, but hadn’t been asked back.

RELATED: The Positive Changes In Frank Fritz’s Life Since Being Fired From ‘American Pickers’

“It’s up to the network whether I come back on the show, I didn’t leave the show. I finished shooting, and then I had a little back surgery and the pandemic came,” he revealed

Fritz is a force to be reckoned with on the show, because a lot of fans are glued to the channel due to their love for him. And with his absence, most are simply no longer feeling the vibes. “Unless Frank is in the new episode, it won’t be worth watching! Robbie is a disaster, but Mike won’t admit it!” a fan revealed.

Also, it’s been more than a year since Frank Fritz’s firing, and viewers are still angry. Lovers of the show have threatened to boycott the series until he’s brought back, a threat that clearly holds weight, as the series has lost hundreds of thousands of viewers since the incident occurred.

The show suffers a decline

Due to Fritz’s exit, the show hasn’t been the same with Robbie Wolfie, who replaced him. Fans of the TV series have shown their displeasure about the change. “No Frank = No Viewing. Frank gets screwed over = America Pickers is over. I doubt Frank would lower himself to go back either, and he’d be right,” a fan made his stance known.

At the end of the spring break, American Pickers graced the History Channel again, but the mid-season episode attracted only 833,000 viewers. However, since the return, the series’ ratings have fluctuated weekly, because of fans’ disapproval of the new host.

After a consistent weekly drop in the show’s views, on August 20th, American Pickers seemed to regain its old status, with 1,007,000 fans streaming the episode, but things are still in fluctuation. The latest episode, airing on August 27th, recorded just 829,000 streams, representing a whopping 200,000 drop in just seven days.

Though the drop in views can be attributed largely to the unanticipated network shift, airing the new episode at 8 pm instead of the usual 9 pm didn’t pay off for the series. Additionally, there’s still the ongoing hosting issue and lack of Fritz on the show.