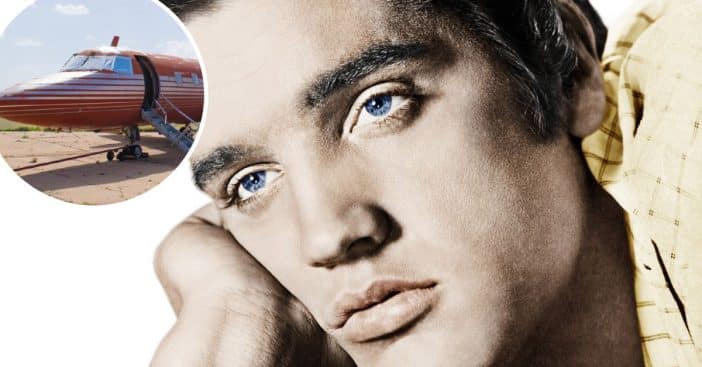 During his lifetime, Elvis Presley owned three private jets. Now, the last aircraft that he purchased before his death, the 1962 Lockheed JetStar L-1329 is up for sale. Elvis purchased the jet with his father Vernon in 1976. He also owned jets nicknamed Lisa Marie, after his only daughter, and Hound Dog II, which are both up for display at Graceland.

The JetStar is currently owned by a fan in his 80s who is wanting to sell it to the right person. GWS Auctions is facilitating the sale. The jet isn’t in the greatest shape and the current owner hopes to see someone restore it to its former glory.

Elvis Presley’s private jet is up for sale

The jet seats eight passengers and has beautiful red velvet interiors, wood paneling, and shag carpets. It has been sitting in the desert in Rosewell, New Mexico, and hasn’t been used in many years. The new owner would have to replace the engines and work on the aircraft to make it ready for the air.

Since it is not a working plane and is just sitting out in the desert, it has become a popular tourist attraction in recent years. The jet comes with a letter written by Priscilla Presley, a letter of ownership from the previous owner and the current owner, and FAA documents.

Part of Priscilla’s letter reads, “This is a very significant piece of history as it was the only jet Elvis bought with his father. Elvis always wished to support his father’s entrepreneurial endeavours, especially after losing his mother so early. Elvis loved and respected his father very much and this jet is a piece of him and his father’s heart.”

Click for next Article
Previous article: Lola Consuelos Is All Smiles In Sunny Beach Photo
Next Post: Reba McEntire Pays Tribute To Loretta Lynn Who Was ‘Just Like Mama’