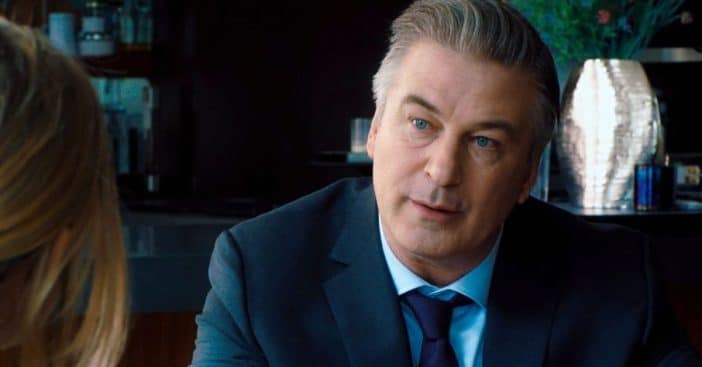 On October 21, 2021, a gun went off on the set of the now-canceled film Rust, killing cinematographer Halyna Hutchins and injuring director Joel Souza. The weapon was a prop revolver held at the time by Alec Baldwin, who may soon be facing criminal charges related to the fatal incident.

Following the incident, filming, which took place at New Mexico’s Bonanza Creek Ranch, was suspended for Rust and there are no plans to continue by time of writing. An initial investigation was launched almost immediately after the shooting with no charges filed. However, Santa Fe district attorney Mary Carmack-Altwies has filed new documents to prosecute four people in relation to the event. The charges would include homicide and gun violations.

DA Carmack-Altwies has reportedly filed a request for $635,500. This fund, she says, is necessary to prosecute four people related to the shooting, according to a letter obtained by the Los Angeles Times. “During the filming of [Rust], Alec Baldwin shot and killed Halyna Hutchins and injured Joel Souza while rehearsing a scene,” Carmack-Altwies says in her letter. “Many individuals had handled the gun that ultimately killed Hutchins and injured [director Joel] Souza.”

Why is this happening now? The letter continues, “Since October of [2021], my office has been waiting for evidence to be examined by the FBI. The results of the investigation have now been returned to my office. Only a few items are outstanding but are expected any day.” As part of that investigation, FBI forensic reports were compiled, including one that concluded 150 live rounds of ammunition had been fired on that set and that the .45 Colt Baldwin had been holding could not have gone off without someone pulling the trigger.

Does this mean Baldwin is among those who will face criminal charges? His attorney, Luke Nikas, says it is too early to say, adding, “Some media reports today draw false conclusions based on a letter from the Santa Fe District Attorney. The DA has made clear that she has not received the sheriff’s report or made any decisions about who, if anyone, might be charged in this case.”

Nikas adds, “And during my communications with the DA’s office just a few weeks ago, after the August 30 funding request was submitted, I was told that it would be premature to discuss the case because they had not yet reviewed the file or deliberated about their charging decision. It is irresponsible to report otherwise. The DA’s office must be given the space to review this matter without unfounded speculation and innuendo.” For his part, Baldwin puts the responsibility on armorer Hannah Gutierrez Reed and assistant director Dave Halls.

Reportedly, the letter by Carmack-Altwies said “one of the possible defendants is well-known movie actor Alec Baldwin.” More still needs to happen to see how far these charges can indeed proceed. But do you think Baldwin will be among those facing criminal charges?

RELATED: Alec And Hilaria Baldwin Are Having Parenting Struggles After Shooting Incident

Click for next Article
Previous article: Colonel Sanders’ Historic Restaurant And Mansion Hits The Market, Causes Controversy
Next Post: Tim Allen’s Daughter Is Starring With Him In ‘The Santa Clauses’ Series